Faesal became an overnight sensation in the Valley in 2010 when he was declared as the topper of the prestigious All India Services examination of the UPSC. 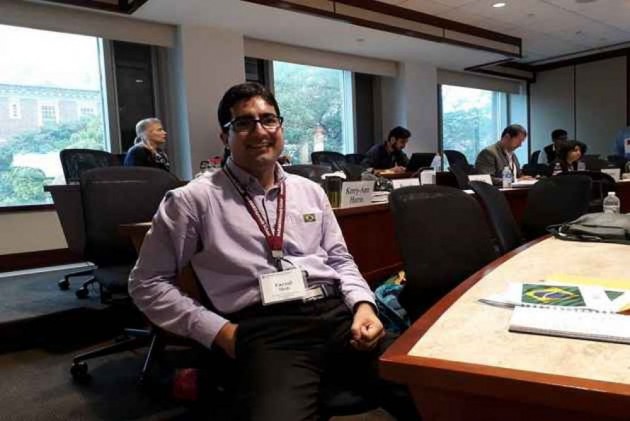 Popular Kashmiri IAS officer Shah Faeasl on Tuesday announced his resignation from the bureaucracy, ending months of speculation over his political ambitions.

Saying that "voices of reason in this country cannot be muzzled for long", Faesal announced his decision on Facebook, even as media reports had started to pour in, writing that he decided to resign in protest against "unabated killings in Kashmir, invisiblization of around 200 million Indian Muslims at the hands of Hindutva forces, growing culture of intolerance and hate," among other things.

Faesal contended that "the regime of the day" needs to be stopped due to it's "subversion" of institutions such as the RBI, NIA and CBI, saying that it has the potential to " decimate the Constitutional edifice of this Country".

The 2010 UPSC examination topper also said that he will "train and guide" civil services aspirants to help them achieve success and expressed gratitude to his supporters.

Faesal, who is also a trained doctor, said that he will share his "future plans" at a press conference on Friday and sought support from the public for his "new mission".

Faesal became an overnight sensation in the Valley in 2010 when he was declared as the topper of the prestigious All India Services examination of the UPSC.

Over the years, he also established himself as a voice with an opinion on almost all matters, within and outside J&K, through social media, where he has a considerable following, besides regularly writing for local and national dailies.

Last year, after he had a public fall-out with DoPT over his twitter post, it was being speculated that he may resign and join active politics. However, Faesal chose to hold his cards close and deliberated on the issue, even seeking comments from the public in a Facebook post, until now.