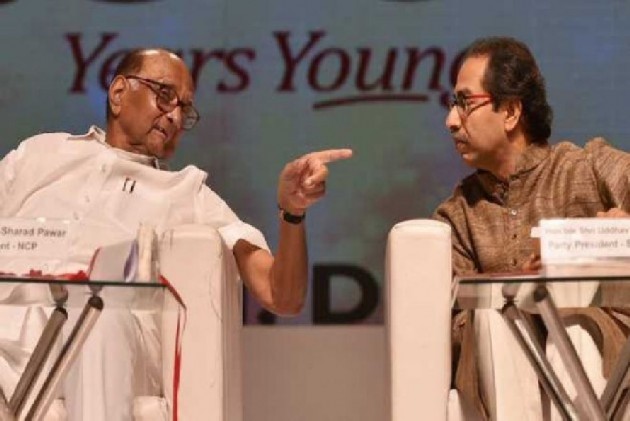 Amid the high political drama in Maharashtra and threat of 'poaching' of MLAs, the NCP, Congress and Shiv Sena have shifted their legislators to different luxury hotels in Mumbai.

While the Congress moved its MLAs to the J W Marriott hotel in Juhu area, the NCP legislators were staying at The Renaissance hotel in Powai, sources said.

Besides, the Shiv Sena MLAs are staying at The Lalit hotel located near the international airport in Mumbai, they said.

The Congress legislators were earlier supposed to leave for Jaipur, but later decided to stay in Mumbai in view of the fast-paced political developments here, they added.

This is the second time resort politics has surfaced as parties are maintaining caution over the fear of horse-trading.

The Supreme Court on Sunday heard a plea filed by the Shiv Sena-NCP-Congress coalition against Maharashtra Governor Bhagat Singh Koshyari's decision to swear in Devendra Fadnavis as the state's chief minister. They have demanded an immediate floor test to rule out further horse-trading.

The Supreme Court on Sunday ordered the Solicitor General to produce before it the letter of support from MLAs and the governor's invitation letter to Devendra Fadnavis to form government.

Fadnavis on Saturday returned as the state's chief minister propped up by NCP's Ajit Pawar, who was made his deputy, just hours after the new alliance of Shiv Sena, the NCP and the Congress reached a consensus that Sena chief Uddhav Thackeray will be their chief ministerial candidate.

Fadnavis and Ajit Pawar were sworn in by Governor Koshyari at a hush-hush ceremony here, leading to the lifting of the President's rule in the state.

The BJP and the Sena, which fought the last month's Assembly polls in an alliance, secured a comfortable majority by winning 105 and 56 seats respectively.

The Congress and the NCP, both pre-poll allies, won 44 and 54 seats respectively.