The development plan for the holy town comes after the Supreme Court verdict paved way for construction of Ram Temple. 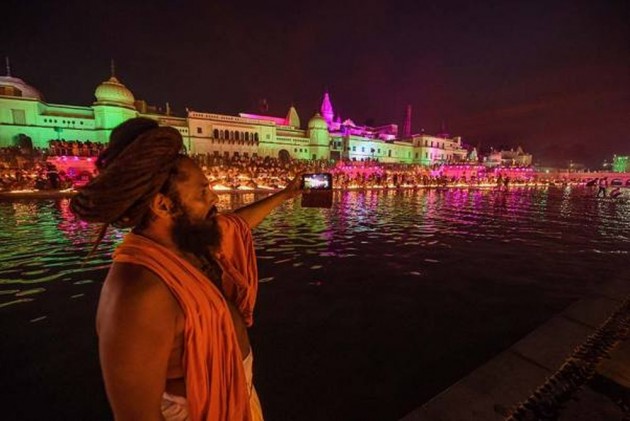 Authorities are gearing up to give Ayodhya a complete makeover following the Supreme Court verdict in favour of a Ram temple.

The elaborate plans of Uttar Pradesh government include building resorts, a five-star hotel, international bus terminal and an airport.

Besides these, the Yogi Adityanath-led government also plans to start a cruise on the Saryu river.

Detailing the developmental plan, Deputy Director of Information in Ayodhya division, Murlidhar Singh said, "Ayodhya Teerth Vikas Parishad will be constituted. Plans are on to start river cruise on Saryu river in Ayodhya. It will take almost four years for Ayodhya to become a city like Tirupati," he said.

Singh said work will be started at a very fast pace to construct an international airport in Ayodhya, so that the first flight can take off by Ram Navami (birth celebration of Lord Ram) in April 2020.

He said the expansion of Ayodhya railway station will also be undertaken apart from construction of an international bus terminal in the town.

In addition, a flyover measuring 5-kilometre- long will come up between Faizabad and Ayodhya, he said.

Work to construct a five-star hotel and setting up 10 resorts in Ayodhya is likely to commence in December, he said.

"The temple of Lord Ram, which will be built in Ayodhya, will be the biggest religious place in the country. If 2,000 craftsmen will be working for 8 hours a day, then the temple will be ready in two-and-half years. So far 65 per cent of the stones have been already carved," Murlidhar Singh said.

He added that the responsibility to look after the area of nearly 5-kilometre around the temple will be on the Supreme Court-mandated trust for construction of a temple at the site in Ayodhya.

A number of religious institutes will come up in the 77-acre campus of the temple.

A gaushala (cow shed), Dharamshala (rest house) and Vedic institute along with other religious buildings will be built in the vicinity of the Ram Temple, he said.

Ayodhya will be developed as an 'Aadhyatmik Nagari' (Spiritual City), and as many as 10 Shri Ram 'dwaar' (gates) will be built, he said.

As many as 10,000 'rain basera' (community resting place) will also be constructed, he said, adding that all ponds related to Lord Ram will be renovated.

Settling a fractious issue that goes back more than a century, the Supreme Court in a historic verdict on Saturday backed the construction of a Ram temple by a trust at the disputed site in Ayodhya, and ruled that an alternative five-acre plot must be found for a mosque in the Hindu holy town.

Days after the judgement, the Centre has set the ball rolling for setting up a trust, as mandated by the apex court in its Ram Janmabhoomi-Babri Masjid verdict, with a team of officers examining the order threadbare, officials had said on Monday.

Opinions of the Ministry of Law and the Attorney General will be taken on how to proceed on setting up the trust that will fix the modalities for construction of a Ram temple in Ayodhya.

A team of officials have been tasked with studying the top court order threadbare for its technicality and nuances so that the trust can be constituted exactly as per the verdict.