'Constant interruptions coupled with toxic and defamatory smears impact the mental and physical well-being of all individuals on the panel,' Congress spokesperson Jaiveer Shergill said in the letter. 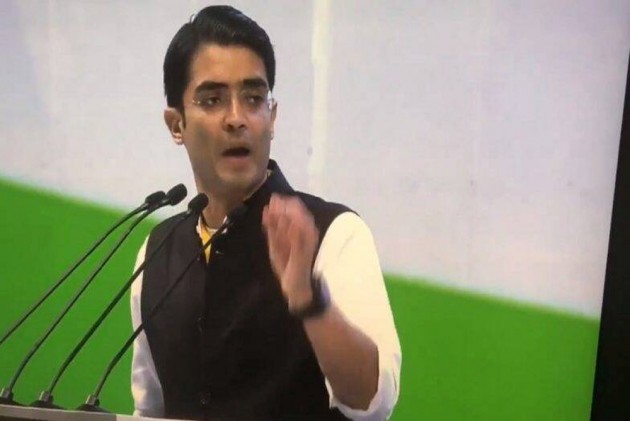 Congress spokesperson Jaiveer Shergill on Thursday urged the Information and Broadcasting Ministry to take steps to restore "civility" in television debates and pitched for issuance of an advisory to enforce a code of conduct by news
channels.

In a letter to I&B minister Prakash Javadekar, Shergill said it is imperative to restore civility through a code of conduct in order to "tame the slanderous beast" that television debates have become.

"Constant interruptions coupled with toxic and defamatory smears impact the mental and physical well-being of all individuals on the panel," he said in the letter.

The Congress' senior spokesperson Anand Sharma shared concerns expressed by Shergill over the alleged "damage done by competitive sensationalism in the media".

The letter by Shergill comes a day after the death of Congress leader and spokesperson Rajiv Tyagi following a heart attack. He was 52.

'Tyagi suffered the attack soon after participating in a TV debate from his residence in Sector 16 of Vasundhara in Ghaziabad and fell unconscious.

Tagging his letter, Shergill tweeted, "My letter to I&B Minister Shri Prakash Javdekar Ji requesting him to issue an advisory to media to enforce a Code of Conduct to curb slanderous, sensationalist and toxic TV debates."

In the letter, he said issuing an advisory to the media houses to follow News Broadcasting Standards Authority (NBSA) guidelines to ensure mere civility is a must and shall serve as an appropriate tribute to Tyagi.

Congress leader Shashi Tharoor said the issue raised by Shergill requires serious consideration, with due regard to freedom of expression and Article 19 provisions, as well as existing conduct guidelines.

"Since the subject is currently under discussion in the parliamentary committee, I will seek a report from the Ministry," Tharoor said.