Often referred to as BJP’s B-team, Apni Party thanks PM for special economic package but also asks for restoration of 4G internet services 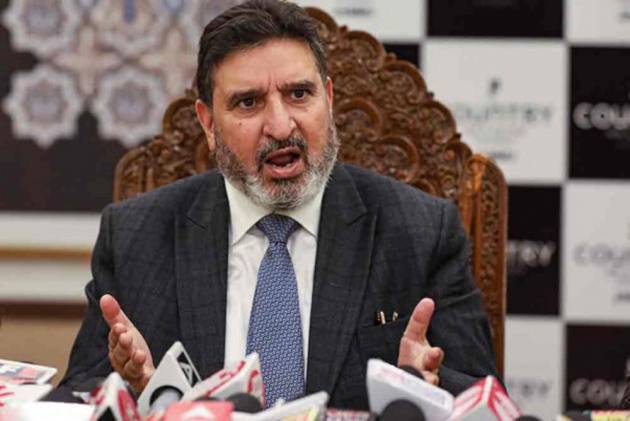 He said during the meeting, Bukhari thanked the Prime Minister for sanctioning a special package for the revival of the industrial sector in Jammu and Kashmir. “Bukhari reiterated his demand for the restoration of statehood to J&K and urged the Prime Minister not to delay the fulfillment of this commitment any further,” he added.

The spokesman said Bukhari had asked the Prime Minister to order the lifting of the ban on 4G mobile internet services across Jammu and Kashmir. He termed the ban on 4G in J&K unjustifiable and discrimination with the people, especially the student and business communities. He said Bukhari also sought the return and rehabilitation of Kashmiri Pandits with the majority community in the Valley. He said any ghettoization of this inseparable part of Kashmiri society will not be acceptable to the people.

Committed To Restoration Of J-K Statehood Only When Situation Improves: BJP

“The dilapidated condition of Jammu-Srinagar National Highway and developing other alternative inter-regional road connections like Mughal Road and Kishtwar-Sinthan routes into all-weather roads also surfaced during the meeting,” he added.

Altaf Bukhari was earlier with the PDP and remained minister in the PDP-BJP government holding important portfolios including education, works, and finance. On March 8, 2020, this businessman-turned-politician formed his own party, called Jammu and Kashmir Apni Party. The National Conference and others call the Apni Party the BJP’s B-team in Kashmir.

The formation of Apni Party was the first major political initiative in Kashmir since the abrogation of Article 370, aimed at filling the political vacuum created by detention of hundreds of mainstream political leaders from National Conference and the Peoples’ Democratic Party including three former chief ministers --- Farooq Abdullah, Omar Abdullah, and Mehbooba Mufti.

“Restoration of statehood is the first and foremost demand of the people of Jammu and Kashmir who are eagerly waiting for its fulfillment. Statehood is a reference to the glorious past and a privilege for solidification of the idea of pluralism and respectful coexistence in Jammu & Kashmir like any other state in our country. For keeping up this spirit and allowing a cultural mosaic to continue, restoration of this privileged status, including the establishment of a Legislative Council should be done as per the commitment made on the floor of Parliament,” the memorandum submitted by Bukhari to the Prime Minister said.