‘Restore J-K’s Statehood With Dignity, We Won’t Beg For It’: Congress Tells BJP 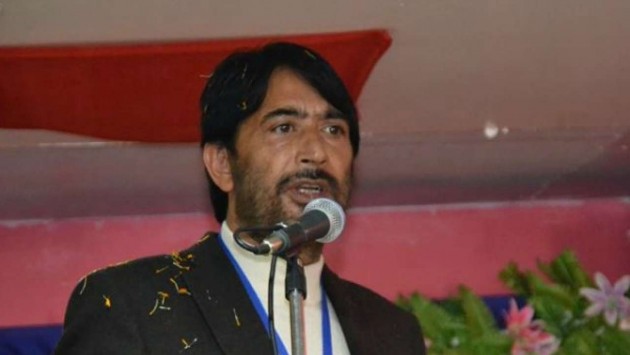 A day after the BJP General Secretary Ram Madhav said that the BJP wants to restore the statehood of Jammu and Kashmir, Congress party on Saturday said the ruling party should restore it without “beating around the bush”.

“First of all, they should tell us why they took away statehood of Jammu and Kashmir. If they want to restore it, restore it without asking anyone to agitate for it,” Ghulam Ahmad Mir, Congress president for Jammu and Kashmir, told Outlook.

He said the special status or State status to Jammu and Kashmir was not any largesse to it. “Jammu and Kashmir is encircled with the international borders and whatever decision they take in Delhi about J&K has an impact on Jammu and Kashmir. For the past eleven months, there is no education, people along the borders are not able to do their agriculture work, we are unable to do our businesses and they are telling us everything is fine,” Mir said. He said when the Jammu and Kashmir State was formed in 1947-1948 and special status was given to it, “it was not given because leaders of that time were relatives of people of J&K.”

“They understood the sensitivities of this region. They gave some rights to people of this region knowing well how to move on. The BJP doesn’t understand these sensitives and have no understanding of the borders,” he added.

“On August 5, last year, the BJP claimed in the parliament that after taking away special status of J&K, there would be peace in the region. Do you see peace anywhere? The decision is proving like demonetization. That time also they said the demonetization will end terrorism in J&K, and then they moved further and bifurcated the state and turned it into two UTs. They have created chaos in J&K. People don’t have jobs. They don’t have employment avenues and they have to get domiciles now.”

Mir said that in the past ten months, the BJP has realised what they have done. He said this realisation had made them talk about restoration of statehood. “Restore it. why do you want people to beg for it?”

On Congress’ inactivity in Jammu and Kashmir post August 5, Mir said: “Our sarpanch was killed and I was not allowed to visit his family to condole them. What are these BJP leaders talking about in Delhi?” adding that his party was not even allowed to protest against growing inflation.