The separatists called for a strike on Friday against booking of the JKLF chairman and others under the PSA, the crackdown on separatists and ban on Jaamat-e-Islami (JeI) 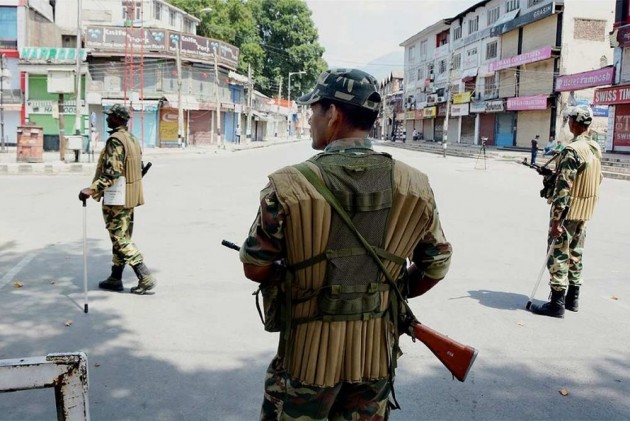 The authorities imposed restrictions in parts of Srinagar on Friday as a precautionary measure amid a strike called by separatists against slapping of the Public Safety Act (PSA) on JKLF chairman Yasin Malik and ban on Jaamat-e-Islami (JeI).

Restrictions have been imposed in six police station areas of Srinagar – the summer capital of Jammu and Kashmir, officials said.

They said the curbs under section 144 of the Code of Criminal Procedure (CrPc) were imposed in Nowhatta, Khanyar, Rainawari, MR Gunj, Safakadal and Maisuma police station areas of the city.

The officials said the restrictions were imposed as a precautionary measure to maintain law and order and to avoid any untoward incident in view of the strike called by separatists.

The separatists -- under the banner of the Joint Resistance Leadership (JRL) -- Thursday called for a strike on Friday against booking of the JKLF chairman and others under the PSA, the crackdown on separatists, ban on JeI and "attempts to tinker with hereditary state subject law under the pretext of 35-A and intimidating raids of the NIA against Kashmiris".

"Arbitrary arrest and detention of senior resistance leader and chairman JKLF and many others under the draconian PSA and shifting of Malik to Kot Balwal jail in Jammu is the most condemnable act.

"This spree of arrests, ban on JeI and attempts to tinker with hereditary state subject law under the pretext of 35-A and intimidating NIA raids on Kashmiris deserves our stiff protest and resistance and people of Kashmir, besides holding peaceful protests after Friday prayers, will also observe a complete shutdown tomorrow on 8th March 2019," the JRL said in a statement.

Shops, fuel stations and other business establishments remained shut in the city, the officials said.

They said public transport was off the roads while a few private cars, cabs and auto-rickshaws were seen plying in some areas of the city.

Similar reports of shutdown were received from other district headquarters of the Valley, the officials said.