'Reuse Clothes To Make Sanitary Pads,' Says Meenakshi Lekhi In A Bid To Reduce Plastic Use

My grandmother, your great grandmother, everyone would have used cloth, which could be destroyed after a single-use. More conversation around this will help rather than pushing plastic, polymers as sanitary pads, the BJP MP said. 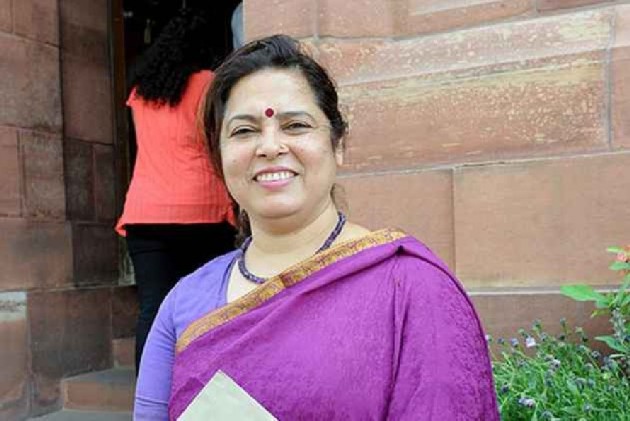 BJP MP from New Delhi constituency, Meenakshi Lekhi has suggested reusing old clothes for making environment-friendly bags and sanitary pads on Thursday in a bid to reduce the use of polymers and plastic.

"My grandmother, your great grandmother, everyone would have used cloth, which could be destroyed after single use. More conversation around this will help rather than pushing plastic, polymers as sanitary pads," the MP said.

Participating in a roundtable consultation on 'energy transition, subsidies, and air quality management' on Thursday, Lekhi said India wasted a lot of energy and resources by copying things which were not indigenous.

She said women were up in arms when 18 per cent GST was imposed on sanitary napkins, without giving a thought that "we were incentivizing polymer'.

"These polymers have taken up so much of land and nobody talks about it because it becomes a sentimental issue. I used to say that instead of 18 per cent tax, it should have been 28 per cent," Lekhi said.

BJP MP Meenakshi Lekhi also suggested going back to green Indian habits of drinking water from cupped hands and using "datun" or neem twig to brush teeth to cut down on plastic use.

"Why do we need even glasses and bottles? When we were in school, we would drink water from our (cupped) hands which I think is the most hygienic way because you've washed your hands in the process and no water is wasted in cleaning the glass," she said in response to a query about the country's preparedness before a complete ban is announced on single-use plastic.

"When the vegetable seller would come, we would use a cane basket. No plastic. We have also given up the practice of using datun. Now, all these plastic toothbrushes go to the dustbin and then to the landfill," she said.

Prime Minister Narendra Modi, who is leading efforts to scrap single-use plastics by 2022, is likely to announce a ban on a few items on October 2, the birth anniversary of Mahatma Gandhi.

Modi, in his Independence Day speech, had urged people to avoid using plastic bags, and technicians and entrepreneurs to look at innovative ways to recycle plastic.