The rift began in September when the Governor rushed to Jadavpur University to ‘rescue’ BJP's Babul Supriyo. 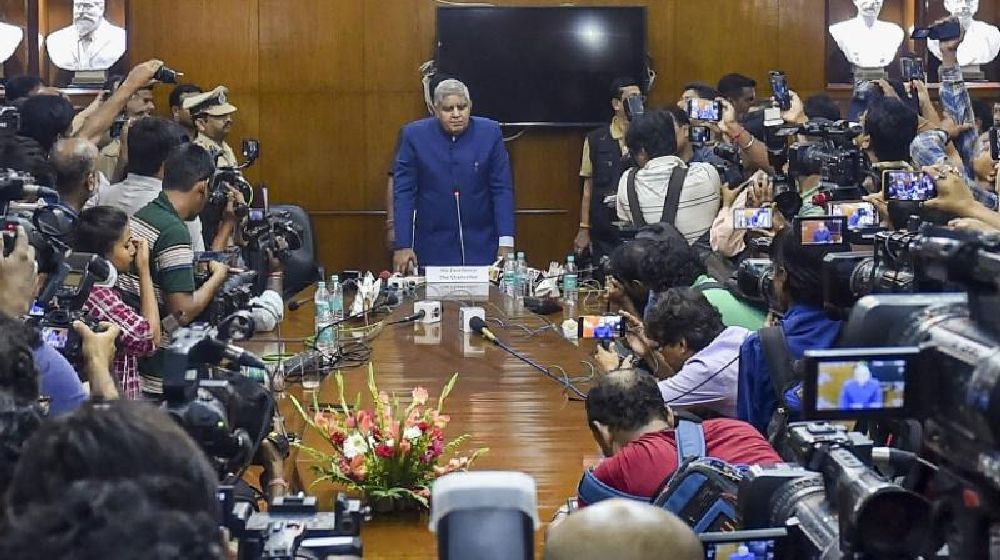 The ongoing tussle between West Bengal Governor, Jagdip Dhankar, and the Mamata Banerjee government has reached a flashpoint.

The West Bengal state assembly has been suspended for two consecutive days -- Wednesday and Thursday -- for lack of business due to unavailability of six bills that are still lying with the Governor.

On Tuesday, Dhankar tweeted, “As Governor I follow the script and tune of the Constitution, and cannot blindly take a call. I am neither a rubber stamp nor a post office. I am obliged to scrutinise the bills in light of the Constitution and act without delay. Concerned at the delay by government on this.”

While both the state government and the Governor were blaming each other for the stalemate that has caused the sudden suspension of the House, the Governor was in for a rude shock when he went to visit the state assembly on Thursday and found the main gate, which is designated for his entry, locked. Later he was ushered in through another gate in the House precinct but could not find the Speaker or Deputy Speaker there to receive him in person.

An enraged Dhankar said he was invited by the Speaker for lunch, but that was cancelled at the last moment. "This is an insult and points towards conspiracy," he said.

He further observed that the “Assembly being adjourned does not mean it is closed”.

"The incident of the designated gate being locked has put the democratic history to shame,” he caustically remarked. Congress leader Abdul Mannan, a senior legislator, says that the government is duty-bound to answer all the queries raised by the Governor. Sujan Chakraborty, leader of the CPI-M legislative party, is also puzzled by the development.

The rift, that began in September this year, when the incumbent Governor rushed to Jadavpur University campus to ‘rescue’ union minister Babul Supriyo from the students’ agitation, has now developed into a chasm, which no side is keen to bridge. From the very beginning, Mamata’s government has had a non-cooperative attitude towards the Governor. When he visited North Bengal for a meeting with senior officials of the state administration, none turned up. Dhankar had to make do with a meeting with the local opposition leaders.

There is a pattern that unfolds whenever the Governor visits an institution of importance in the state. His visit on Thursday to Calcutta University also met with similar consequences that he faced at Assembly House.

As the situation is building up to a boiling point, the media persons are having a field day. Dhankar is persistently communicating his woes to the media. He suspects some ‘conspiracy’ in the pattern. While both sides are keen to score brownie points, the contentious issue between the Governor and the state government is slowly developing into a constitutional crisis.