A group of men claiming to be right-wing activists allegedly barged into the premises of a church in Pataudi here on the eve of Christmas and disrupted the prayers, according to a viral video. 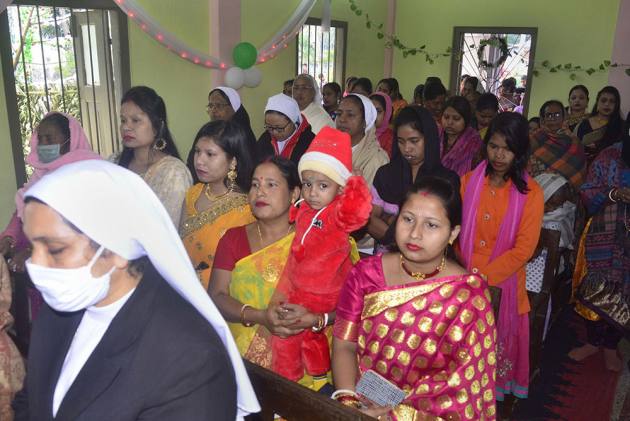 Police, however, said they have not received any complaint.

They are seen allegedly pushing the choir members down the stage and snatching the mike.

The incident comes at a time when offering namaz in certain open spaces in Gurugram has kicked up a controversy.

A local pastor told PTI, "It was scary as we had women and children around in the church. The nuisance is increasing with each passing day. It's an infringement of our right to pray and religion."

Pataudi station house officer Amit Kumar said the police did not receive any complaint so far.

The local administration is yet to respond.