Strict restrictions were imposed in Kashmir after the Indian government on August 5 announced abrogation of Article 370. 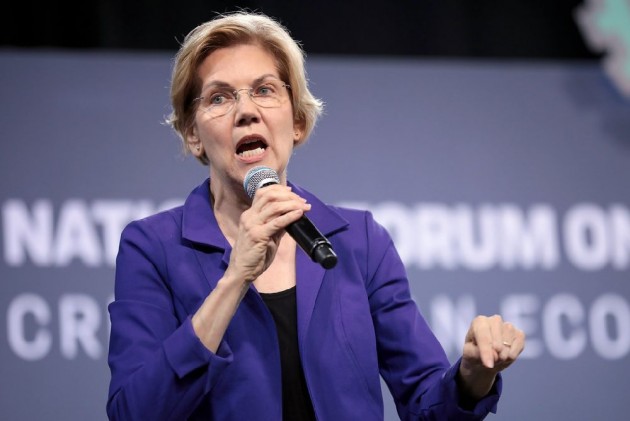 Democratic presidential candidate Elizabeth Warren on Saturday voiced concerns over the restrictions and communication blockade in Kashmir, urging India to respect the rights of the people of Kashmir.

Strict restrictions were imposed in Kashmir after the Indian government on August 5 announced abrogation of Article 370, that provided special status to Jammu and Kashmir, and to bifurcate the State into two union territories.

"The US-India partnership has always been rooted in our shared democratic values. I'm concerned about recent events in Kashmir, including a continued communications blackout and other restrictions. The rights of the people of Kashmir must be respected," Warren, 70, said in a tweet.

Addressing the annual convention of the Islamic Society of North America in Houston early last month, Sanders said he was "deeply concerned" about the situation in Kashmir and asked the US government to "speak out boldly" in support of a UN-backed peaceful resolution to resolve the issue.

"I am deeply concerned about the situation in Kashmir...India's action is unacceptable," he said while addressing one of the largest Muslim gatherings in the US.

In an opinion piece in Houston Chronicle, Sanders wrote on September 22 that Prime Minister Narendra Modi and US President Donald Trump's joint address at the "Howdy, Modi" event was happening at a time when Kashmir remained under lockdown.

"When President (Donald) Trump meets with Indian Prime Minister Narendra Modi in Houston, we will hear much about the friendship between the American and Indian peoples. However, there will be a deafening silence when it comes to a human rights crisis unfolding right before our eyes - and that is unacceptable," he said.

India has categorically rejected any scope for third party mediation on Kashmir, saying it was a bilateral issue between India and Pakistan, a position that has been backed by President Trump who had recently offered to mediate.

Some restrictions have been relaxed, but mobile and internet communications in the Kashmir Valley are largely still blocked.

Defending the restrictions, Foreign Minister S Jaishankar said in an interview last month: "It wasn't possible to stop communications between militants without impacting all of Kashmir. How do I cut off communication between the terrorists and their masters on the one hand, but keep the Internet open for other people? I would be delighted to know."

Tensions between India and Pakistan spiked after New Delhi abrogated provisions of Article 370 of the Constitution to revoke Jammu and Kashmir's special status.

Pakistan has been trying to raise the issue at various international fora, but India has maintained that it is an internal matter and has asked Islamabad to accept the reality.