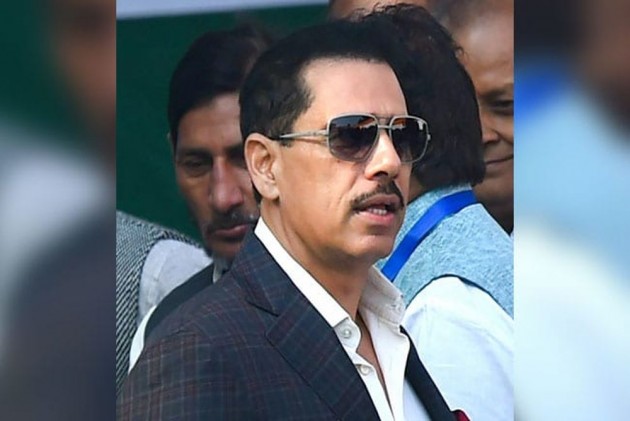 A Delhi Court sanctioned anticipatory bail to Robert Vadra till February 16 in connection with a money laundering case being probed by the Enforcement Directorate (ED) on Saturday.

The ED had lodged a money laundering case against Vadra's close aide Manoj Arora after his role surfaced during the probe of another case by the Income Tax Department under the new Black Money Act and tax law against absconding arms dealer Sanjay Bhandari.

On January 19, the ED had told the court that Arora was cooperating in the probe.

Arora had earlier alleged before the court that the case was foisted on him by the NDA government out of "political vendetta".

However, the ED had refuted the allegations, asking that "should no authority investigate any political bigwig because that will be called a political vendetta?"

The agency had told the court that it lodged the money laundering case against Arora after his role came up during the probe of another case by the Income Tax Department under the newly-enacted Black Money Act and tax law against absconding arms dealer Sanjay Bhandari.

It had alleged that the London-based property was bought by Bhandari for GBP 1.9 million and sold in 2010 for the same amount despite incurring additional expenses of approximately GBP 65,900 on its renovation.

"This gives credence to the fact that Bhandari was not the actual owner of the property but it was beneficially owned by Vadra who was incurring expenditure on the renovation of this property," the ED had told the court.

Arora, an employee of Vadra's Skylight Hospitality LLP, was a key person in the case and he was aware of the latter's overseas undeclared assets and was instrumental in arranging funds, ED had alleged.

It said the London-based property was bought by Bhandari and sold in 2010 for the same amount despite incurring additional expenses on its renovation.

On December 7, as part of its investigation, the ED conducted searches at a number of premises in Delhi-NCR and Bengaluru.