As many as five people were killed and two were injured in the firing incident that took place in Haryana's Rohtak district on Friday. 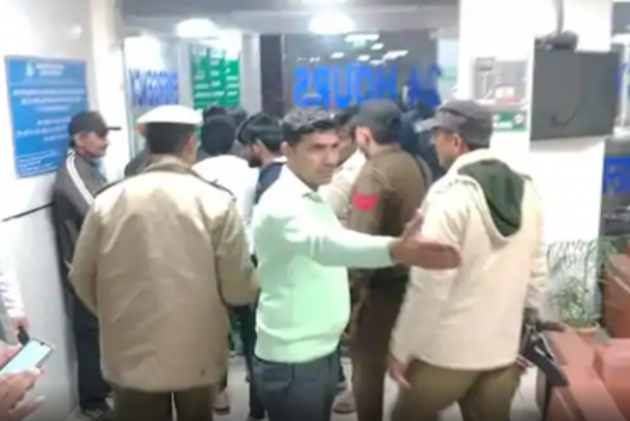 After five people were killed and two were left injured in a firing incident that took place in Haryana’s Rohtak district on Friday evening, the state police have announced a reward of Rs one lakh for sharing information.

The prime accused in the killing of five people is a wrestling coach, and the Haryana police have announced a reward for sharing information about him

Among those killed were college employee Manoj Malik, his wife Sakshi Malik, posted with the Railways, a wrestling coach, Satish, and a woman player.

Among the injured was a four-year-old son of Manoj and Sakshi, who is undergoing treatment at the PGI in Rohtak, said police, adding that his condition is critical.

Another injured was admitted to a hospital in Gurgaon.

Superintendent of Police Rahul Sharma told reporters that the main accused, Sukhvinder, had been working as a wrestling coach at the college's gymnasium.

After receiving some complaints, Manoj Malik had terminated his services, said Sharma.

“Prima facie, because of this grudge, he (Sukhvinder) committed the crime,” said Sharma.

The SP said the Haryana Director General of Police has announced a reward of Rs one lakh for sharing any information about Sukhvinder, who is on the run.

The identity of the person who shares any information about Sukhvinder will be kept secret, said Sharma, stressing that the Haryana DGP is monitoring the probe.

The SP said they are also coordinating with police of neighbouring states to arrest the accused.

A Special Investigation Team (SIT) comprising two deputy superintendents of police have also been formed to investigate the matter, he said.

The SP said as per available information as of now, there was only one accused but he also did not rule out the possibility of the involvement of some other people.

Police are collecting evidence from the crime scene and the CCTV footage is also being collected, Sharma said.

However, the SP said he is not in a position to tell the motive of the crime. “It is a matter of investigation,” he said, adding that no eyewitness has come forward as of now.

“As per the feedback we got, there should be more eyewitnesses there,” he said.

Sharma said, Sukhvinder, a resident of Gohana, did not have any licensed weapon. It is being investigated from the college authorities whether Sukhvinder was given appointment in written or on contract.

“We are collecting documents. Whether he was conveyed in written about his termination of services or was communicated verbally,” the SP said.