The Union Territory got its first roving cinema installed at a height of 11,562 feet. 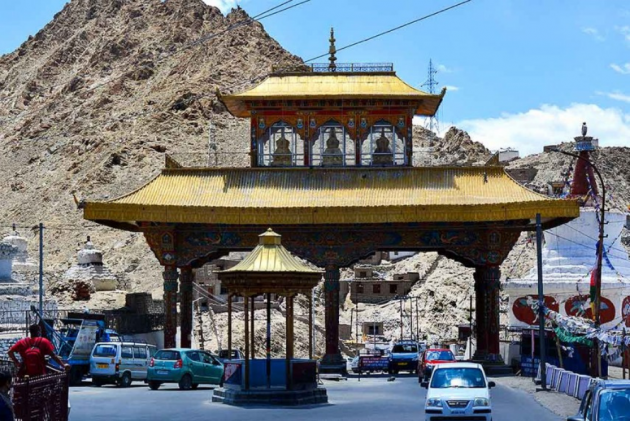 The cold sands of Ladakh will resonate with music and songs as the Union Territory gets its first roving cinema on Sunday.

The cinema has been installed by PictureTime Digiplex in the union territory.

A spokesperson of the company said in a statement in an endeavour to make world-class digital cinema watching experience accessible to every corner of India, the company has installed its travelling, inflatable theatre in Leh.

The company claimed it to be the highest altitude theatre in the world, installed at a height of 11,562 feet.

The spokesman said the inflatable theatre was installed at the NSD Grounds in Leh and the chief guest for the event was Ladakh Buddhist Association president Thupstan Chewang and actor Pankaj Tripathi was the guest of honour.

Critically acclaimed short film 'Sekool' on the Changpa Nomads of Ladakh, directed by Stenzin Tankong, was screened at the launch of the theatre.

A special screening of the recently released film “Bell Bottom” will be done later in the evening for Army and CISF personnel, the company spokesman said.

Founder & CEO of Picturetime Digiplex Sushil Chaudhary said the vision has always been to reach out to the entertainment dark spots of the country.

"Ladakh had been missing out on a big cinema screen for quite some time and I always wanted to bring in a multiplex cinema watching experience for the people here. I am so grateful to the Government of Ladakh for having faith in us,” he said.

"For someone like me who belongs to the film world, this comes across as such a unique and different means of film exhibition. Having a concept like this, that too in a gorgeous location such as Leh, is absolutely incredible.

“I have been shooting in Leh and I have come across such amazing talent here. Through Picturetime's inflatable travelling theatre, people here won't just get access to the latest films, but it would also create wonderful opportunities for the talented people of Ladakh,” he said. (With PTI inputs)