The scheme was launched by Prime Minister Narendra Modi on February 24, 2019, from Gorakhpur in Uttar Pradesh. 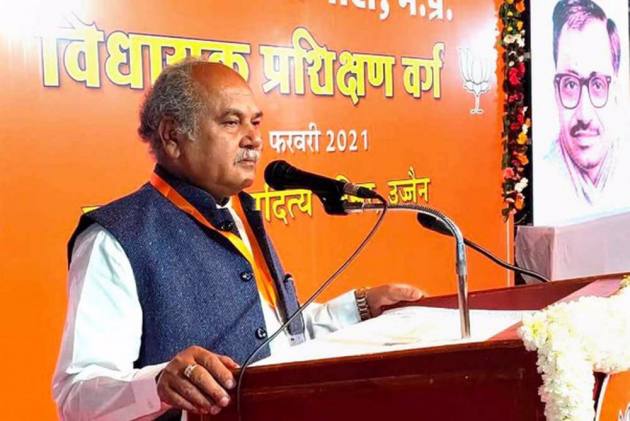 The Centre on Wednesday said it has transferred over Rs 1.15 lakh crore directly to bank accounts of more than 10.75 crore farmers under the PM-KISAN scheme and asked states to ensure that all eligible beneficiaries are covered in this flagship programme.

Addressing a ceremony on the occasion of the second anniversary of the PM-KISAN scheme, Union Agriculture Minister Narendra Singh Tomar said the central government has enhanced the income of farmers by providing Rs 6,000 annually to farmers under this scheme in three equal instalments.

The scheme was launched by Prime Minister Narendra Modi on February 24, 2019, from Gorakhpur in Uttar Pradesh.

Separately, Modi tweeted about the anniversary that his government ushered a historic increase in the Minimum Support Price (MSP) for crops and was doing everything possible to double the income of farmers. He also said that over the last seven years, the government has taken many initiatives for transforming agriculture.

On this day, 2 years ago the PM-Kisan scheme was launched with an aim to ensure a life of dignity as well as prosperity for our hardworking farmers, who work day and night to keep our nation fed. The tenacity and passion of our farmers is inspiring. #KisanKaSammanPMKisan pic.twitter.com/ycaod6SP0T

From better irrigation to more technology, more credit and markets to proper crop insurance, focus on soil health to eliminating middlemen, the efforts are all-encompassing, he asserted.

Several BJP leaders and ministers thanked the Prime Minister for the scheme.

Tomar said 10.75 crore farmers have benefitted so far from this scheme and the Centre has disbursed more than Rs 1.15 lakh crore directly into bank accounts of farmers.

The minister asked States to ensure that all eligible beneficiaries are included in this scheme so that they get the benefit. He said there are many farmers who have been complaining that they are not getting PM-KISAN benefits.

Stating that there is adequate provision of the fund in the budget for the PM-Kisan scheme, Tomar stressed ensuring effective implementation of this programme.

"All eligible beneficiary should get the benefit of this scheme and no one is left out," he said, adding that the number of people left out is not much.

Tomar said the initial target was to cover 14.5 crore farmers and efforts are underway to add more beneficiaries.

Asked about West Bengal, which has still not joined the programme, Tomar said the Centre will provide funds after the state government share the list of beneficiaries.

The minister highlighted the initiatives taken by the government in the last six and half years including PM-KISAN, Rs 1 lakh crore agri-infrastructure fund and creation of 10,000 FPOs (farmers producers organisations).

Tomar said the agriculture sector has performed exceptionally well during this COVID-19 pandemic.

The minister rued that farming is not profitable despite being such an important sector.