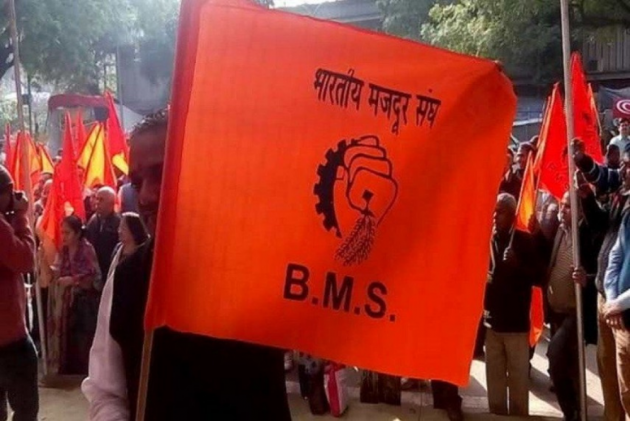 The RSS-affiliated labour union Bharatiya Mazdoor Sangh (BMS) on Thursday held protest over the rising prices of fuel and inflation in the country.

The BMS workers held a protest demonstration at Samvidhan Square in Nagpur.

"Decline in industrial activity, unemployment and rise in the prices of essential commodities, especially due to the coronavirus pandemic, have affected the common people badly," said BMS's all-India secretary Ravindra Himte.

He said the rise in the prices of petrol, diesel and LPG cylinders was a matter of concern.

He demanded that petroleum products be brought under the purview of Goods and Services Tax (GST) and the present system of daily fluctuation of prices be abolished.

The BMS functionary also said that the Centre and the Maharashtra government should bring down the taxes levied on the petroleum products.

"If the government does not take steps to bring down inflation, BMS would intensify its protests in every district," he said.

Himte said the BMS held protests across the country over these issues during the day. (With PTI inputs)