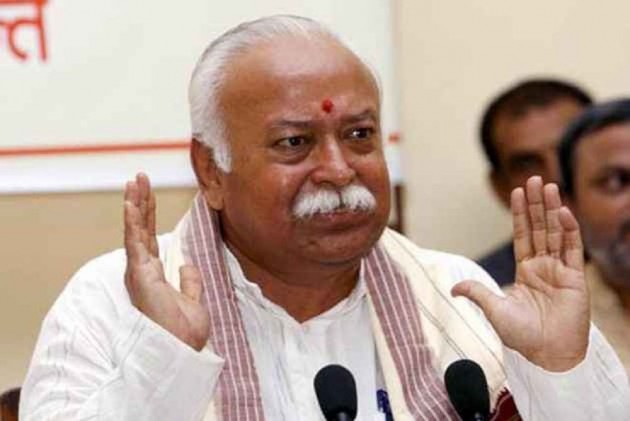 People shouted slogans decrying his statement that something will happen on the Ram temple issue after 2-3 months.

Soon after the address of Bhagwat concluded, the protestors started shouting slogans demanding that the work on a grand Ram temple begin immediately.

Organisers had a tough time reining in the protestors booing the RSS chief, who in his address had said that the Hindus should rest assured as they will not settle for "anything less than the Ram temple".

Bhagwat said that whatever be the political upheaval, something will happen in the next two-three months. He also said that the Ram temple will be made but after the support to our government in 2019.

He assured everyone that soon after the next government is sworn in, the construction of Ram temple will begin during the very first session of Parliament. But the moment he said this, all hell broke loose and people seated in the back got up and raised slogans like "Mandir Banao, ya waapas jao".

Demanding that the date of the beginning of Ram temple construction be declared here and now, they said their patience has run thin.