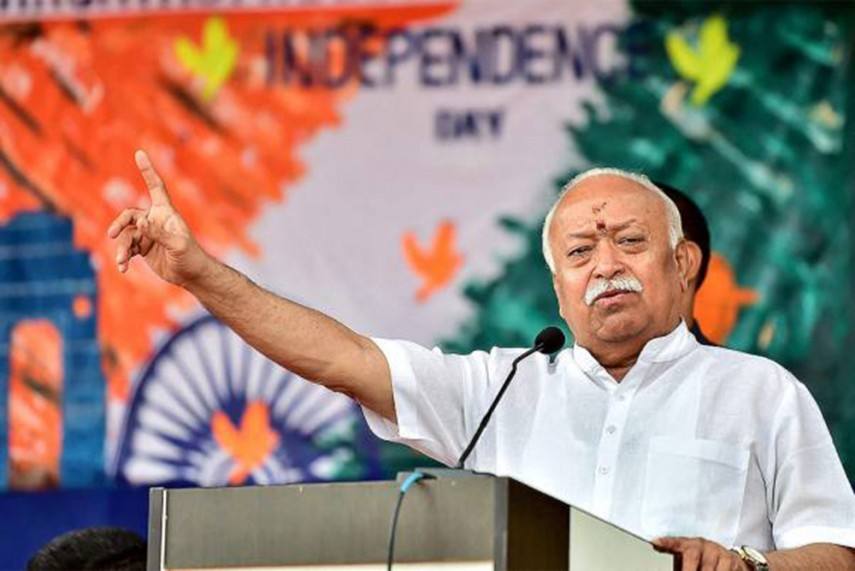 For a usually enigmatic organization, the Rashtriya Swayamsevak Sangh (RSS) has been in the news a relatively lot over the last few days. From its affiliated publication ‘Panchjanya’ attacking Infosys as “anti-national” to poet-lyricist Javed Akhtar comparing supporters of the RSS to the Taliban, the organization has been making headlines.

Now, the Hindu nationalist organization is reaching out to the Muslims with RSS chief Mohan Bhagwat scheduled to meet intellectuals of the community in Mumbai later today. Coming close on the heels of Akhtar’s statement, it is not confirmed if he is going to be among the people who will interact with Bhagwat at a city’s five-star hotel. “We would definitely want Javed Akhtar to interact with the sarsanghchalak (chief) so that the misconceptions he has about the Sangh are cleared,” says an RSS functionary.

Sources claim that the RSS leadership is hurt about the comparison to a terror outfit like the Taliban. “The Taliban takeover of Afghanistan came for discussion with some concern during the RSS’ coordination meeting on September 3 and 4 in Nagpur. How can one say Taliban and RSS in the same breath? We are about nation-building and not annihilating like the Taliban,” the functionary adds.

In addition to developments in Afghanistan and its impact on India, especially on Kashmir, the upcoming assembly elections were also discussed in the meeting. Though the RSS claims it does not interfere with BJP’s electoral politics, its cadres on the ground act as force multipliers for the BJP. The preparations for upcoming elections in Uttar Pradesh, Uttarakhand, Goa, Manipur and Punjab were believed to have been discussed in detail. With four of the five poll-bound states ruled by the BJP, the Sangh does not want to leave anything to chance.

Meanwhile, the RSS distanced itself from the Panchjanya article, saying it does not reflect the views of the Sangh. Akhil Bharatiya Prachar Pramukh (chief spokesperson) of the RSS Sunil Ambekar tweeted – “Panchjanya is not a mouthpiece of the RSS and the said article or opinions expressed in it should not be linked with the RSS… As an Indian company, Infosys has made seminal contribution to the progress of the country. There might be certain issues with a portal run by Infosys, but the article published by Panchjanya in this context only reflects the individual opinion of the author."