Speaking at the silver jubilee of the Prahaar Samaaj Jagruti Sanstha here on Thursday evening, he rued that soldiers continued to be killed on the borders without a war going on. 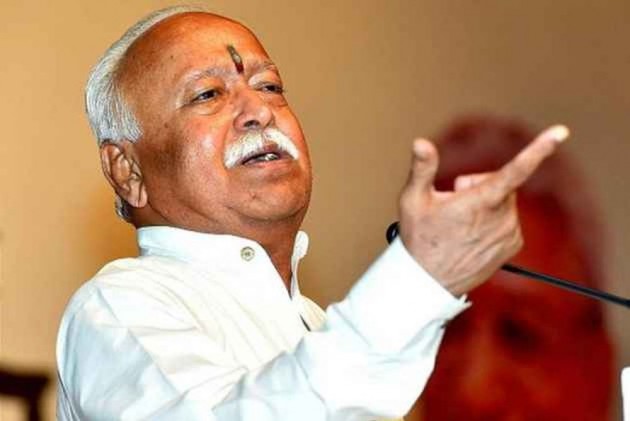 Speaking at the silver jubilee of the Prahaar Samaaj Jagruti Sanstha here on Thursday evening, he rued that soldiers continued to be killed on the borders without a war going on.

"It is because we are not doing our job properly. Before Independence, people sacrificed their live for the country. After freedom, it was on the borders during a war. There is no war on.... still people are getting martyred," Bhagwat said.

Maintaining that "there is no reason" why a soldier should die at the borders, he pointed out that "it is happening even without a war."

In an obvious expression of displeasure over the delays in constructing the Ram temple in Ayodhya, RSS general secretary Suresh 'Bhaiyyaji' Joshi sarcastically remarked that "now, it (the temple) will be constructed in 2025."

The reference was to the series of delays, political and legal tangles bogging the BJP's assurances of taking up the temple construction, which its ally in Maharashtra and centre the Shiv Sena has also repeatedly criticized in the past.

Bhagwat also urged the people and society at large to contribute to make the country great.

He asked each person to strive for this and not leave everything to the government, the police and the army to do it.