BJP's Suvendu Adhikary, leader of the opposition in the West Bengal assembly, will be inaugurating the exhibition-cum-seminar to commemorate the Noakhali riots of 1946 and the Bangladesh Liberation War of 1971. 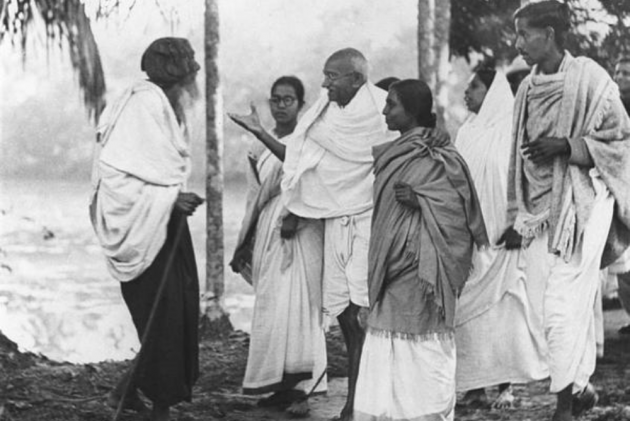 The leader of the opposition in the West Bengal assembly, Suvendu Adhikary of the Bharatiya Janata Party (BJP), is scheduled to inaugurate a photography exhibition-cum-seminar titled Bengali Hindu Genocide in Calcutta on December 11.

The two-day exhibition will be held at the Jamini Roy Gallery of the International Centre for Cultural Relations (ICCR) to commemorate the Noakhali (in present-day Bangladesh) riots of 1946 and the Bangladesh Liberation War of 1971.

“It will include more than 50 panels of photographs. Such a large exhibition on this theme is unprecedented,” said Mohit Ray, who heads Paschimbanger Janya, which is organising the event.

Faded Red: N-Ostalgie for Calcutta’s Communist Past in Berlin

Ray, known as a prominent ideological face of the Bengal BJP, said the exhibition will highlight how the ethnic cleansing of Bengali Hindus from eastern Bengal matches the United Nation’s definition of genocide but has not been recognised accordingly.

Roy and Sengupta have previously contested elections on the BJP’s ticket, though unsuccessfully.

Paschimbanger Janya, was launched in June 2014 with the backing of the Rashtriya Swayamsevak Sangh (RSS) to highlight two issues in particular – the plight of the Hindus in eastern Bengal (East Pakistan-turned-Bangladesh) and how West Bengal was conceived as a ‘homeland for the Bengali Hindus’ but was losing this basic character due to demographic changes (read increase in Muslim population).

They have been observing Paschimbanga Dibas, or West Bengal day, on June 20, marking the historic date in 1947 when the undivided Bengal assembly voted in favour of partition.

In West Bengal, the atrocities of Hindus in Bangladesh and the migration of Hindus from there has been one of the prime issues that RSS and the BJP highlight. Even ahead of the October 30 assembly bypoll in West Bengal, while campaigning at Shantipur assembly constituency which is located close to India’s border with Bangladesh, Suvendu Adhikary had said that the recent anti-Hindu atrocities in Bangladesh would help the BJP win the Shantipur seat by a massive margin.

His predictions failed, as the TMC snatched the seat away from the BJP. But the election result is evidently not going to influence the BJP-RSS’ focus on this issue, as the event’s plan reveals.

Mohit Ray said that they would like to take the exhibition to West Bengal’s districts as well in the coming months.

Asked why they are calling the 1971 liberation war a ‘genocide of Bengali Hindus’ when Bengali-speaking Muslims, too, laid down their lives in their hundreds and thousands, Ray said, “It’s a misconception. We will release publications with proper documentation showing how the Pakistan army primarily targeted the Hindu population of East Pakistan for mass murders. Muslims, too, were killed but they were mostly the leaders of the Awami League and the intellectuals. Hindus were killed en masse.”