The murders took a political turn after BJP spokesperson Sambit Patra tweeted the video of the crime scene and said the deceased Bandhu Prakash Pal was an RSS worker. 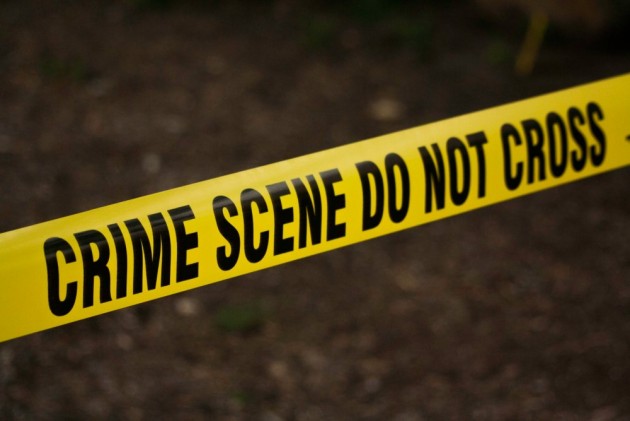 Three of a family, including an eight months pregnant woman, were found dead in their blood-splattered house on Thursday in Jiyaganj area of Murshidabad in West Bengal.

The deceased have been identified as Bandhu Prakash Pal, his wife Beauty Mondal Pal and six-year-old son Angan Bandhu Pal.

Pal was a school teacher who worked in Gosaigram Sahapara Primary school and his wife was pregnant. All the three were brutally murdered by a sharp weapon, police said.

"Prakash was a teacher in Gosaigram Sahapara Primary school. He was working for the last 20 years. He is originally from the Sahapur area and had shifted in Murshidabad for his son's education. We do not know if they had any problem with anyone," said Sujoy Ghosh, brother of the deceased teacher.

Expressing shock over the brutal killing of a school teacher and his family members in
Murshidabad district, West Bengal Governor Jagdeep Dhankhar on Thursday said the incident reflects the law and order situation of the state.

"I am shocked, distressed and pained at the inhuman brutal killing of a school teacher, his wife and his son in Murshidabad district. This is a critical reflection of the state of affairs and the law and order of West Bengal," Dhankhar told PTI.

The murders took a political turn after BJP spokesperson Sambit Patra tweeted the video of the crime scene and said the deceased Bandhu Prakash Pal was an RSS worker. He also took a dig at those activists and celebrities who recently wrote a letter to PM Modi on lynchings and hate crimes.

Terming the incident gruesome, Patra said: "This has shaken my conscience...an RSS worker Sh Bandhu Prakash Pal, his eight months pregnant wife and his kid were brutally slaughtered in West Bengal’s Murshidabad. Not a word by the liberals. Not a letter by 59 liberals to Mamata. Nauseating Selectivism!"

The incident came to light after the neighbours found the bodies inside their house on Thursday and informed the police.

The investigation into the matter is underway.