Priyanka's remarks came after the Ministry issued the notice to Rahul Gandhi to clarify his nationality within a fortnight after Bharatiya Janata Party (BJP) MP Subramanian Swamy alleged that he is a British national. 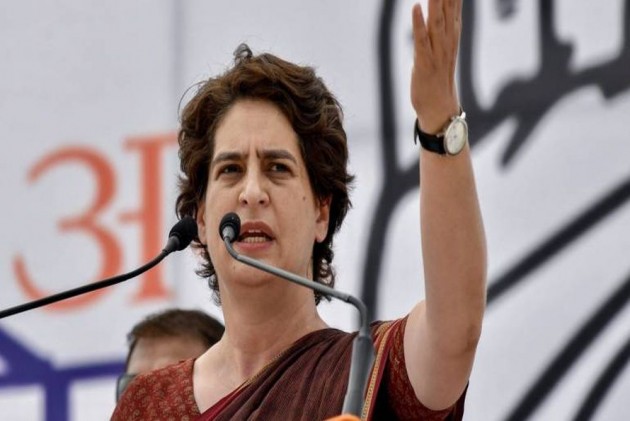 Soon after the Ministry of Home Affairs issued a notice to Congress President Rahul Gandhi's to clarify his citizenship, his sister and the party General Secretary Priyanka Gandhi Vadra on Tuesday dismissed the allegations as rubbish and said her brother was an Indian who was born and brought up in India.

"I have not heard such a rubbish earlier," Priyanka Gandhi told the media in Amethi.

#WATCH Priyanka Gandhi Vadra on MHA notice to Rahul Gandhi over citizenship, says," The whole of India knows that Rahul Gandhi is an Indian. People have seen him being born and grow up in India. Kya bakwaas hai yeh?" pic.twitter.com/Rgt457WMoi

Her remarks came after the Ministry issued the notice to Rahul Gandhi to clarify his nationality within a fortnight after Bharatiya Janata Party (BJP) MP Subramanian Swamy alleged that he is a British national.

Priyanka Gandhi is on a day-long visit to the parliamentary constituency of her brother Rahul Gandhi in Amethi, where he is locked in a tough fight against BJP leader Smriti Irani, who is re-contesting from the seat.

On Wednesday, she will visit Rae Bareli, the constituency of her mother and UPA chairperson Sonia Gandhi

Amethi and Rae Bareli will head to polls in the fifth phase on May 6 of the ongoing Lok Sabha elections.