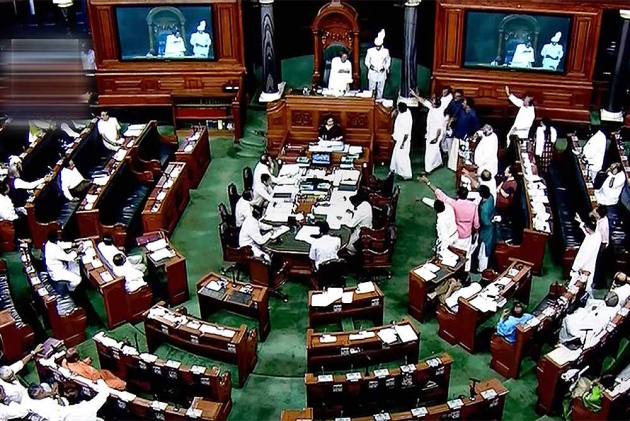 The Lok Sabha was on Monday adjourned till 4 p.m. soon after it met after an earlier adjournment as Opposition members created ruckus in the House over Delhi violence and raised slogans against the BJP-led government.

Congress members came to the well of the House with placards soon after the House met at 2 p.m. following an adjournment earlier. Parliament met on Monday, the first day of second half of budget session, after a recess.

Speaker Om Birla asked the members to take their seats but the Opposition MPs continued with their protest. The House was first adjourned till 3 pm and later till 4 pm.

Congress members demanded resignation of Home Minister Amit Shah and sought an answer from Prime Minister Narendra Modi over the riots. Members of some other Opposition parties also joined the protest against the government.

Amid sloganeering, the Speaker went ahead with the listed business for the day. He told Congress leader Adhir Ranjan Chowdhury to ask members of his party to take their seats and follow the rules. The Speaker said that members have been elected to discuss issues in the House. But the Opposition members continued with their protest.

While BJP member Sanjay Jaiswal was speaking on the bill, the Speaker again referred to protest by Opposition members and said that the MPs were responsible members of the House.

"It should be our collective responsibility that peace and amity is maintained," he said and added that the members should directly and indirectly contribute to the process.

"All of you make collective efforts. It is my appeal to leaders of various also," he said.

The Speaker assured the Opposition members that the House will take up discussion on the violence in Delhi once the situation normalises.

He said the members do not have the right to raise slogans in the House.

Parliamentary Affairs Minister Pralhad Joshi attacked the Congress and accused it of involvement in the anti-Sikh riots of 1984 in Delhi in which over 3,000 people were killed. He said the Congress did not act against those responsible for the violence.

Pointing towards Opposition members, Joshi said Congress members had torn papers in the House. "I strongly condemn it," he said.

"The priority is normalcy but they are behaving in an unruly manner. Let the peace be restored and discussion can be taken up. I condemn their attitude," he said.

Jaiswal also slammed Congress President Sonia Gandhi for her remarks against the Citizensihip Amendment Act at a rally in Delhi.

"There should be a probe against Congress leaders," he said.