Speaking at the 'Swachh Bharat Diwas' programme in Ahmedabad, Modi said: 'Sanitation, conservation of environment and animals were dear to Gandhi Ji.' 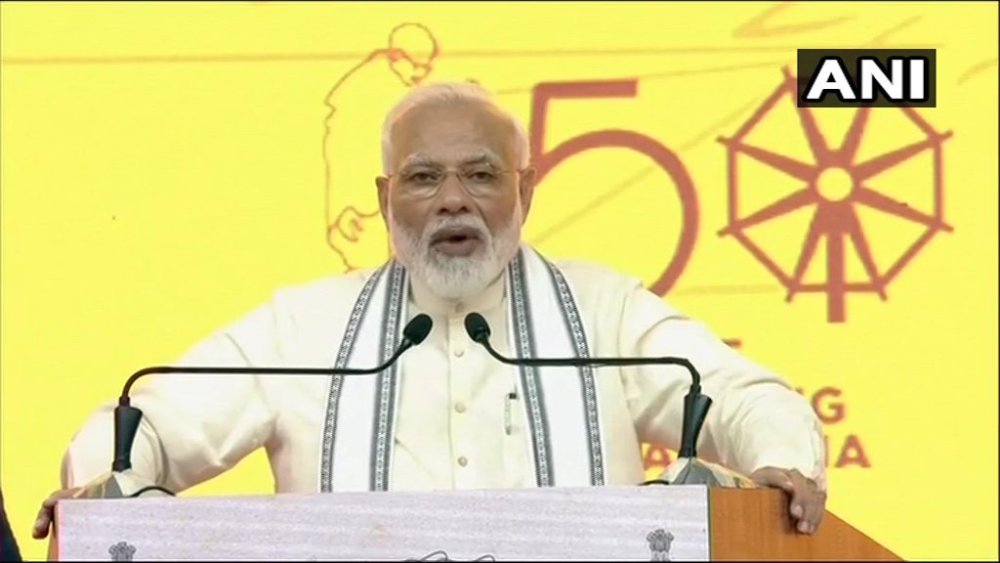 Prime Minister Narendra Modi on Wednesday said that rural India had today declared itself "open-defecation free", adding the world was appreciating India's effort in ensuring toilet facilities to over 60 crore people in 60 months. The world, he said, was amazed at the delivery of over 11 crore new toilets to the people who needed them.

Speaking at the 'Swachh Bharat Diwas' programme in Ahmedabad, Modi said: "Sanitation, conservation of environment and animals were dear to Gandhi Ji."

He added that plastic is a major threat to the environment, animals and sanitation, and therefore, "we have to achieve the goal to eradicate 'single-use plastic' from the country by the year 2022".

Earlier, the prime minister, in his message on the visitor's book at the Sabarmati Ashram, wrote that he was satisfied that on the occasion of Gandhi At 150, we're witnessing the fulfilment of his dream of 'Swachh Bharat'.

"I feel lucky that on this occasion when India has successfully stopped open defecation I'm here at the ashram," he said.

Before taking part in the 'Swachh Bharat Diwas' programme, the prime minister spoke at an event organised by the Gujarat unit of the BJP to felicitate him on his successful visit to the United States.

India's stature is rising on the world stage and a glimpse of the respect the country has globally was seen during the 'HowdyModi' event in Houston, he said.

"At the Houston programme, Republicans and Democrats spoke. Their attending the HowdyModi event was very special," he said.

"The fact that India always believes in taking everyone along has also been noted," Modi said. "Respect for India is increasing all over. One can experience the change," he added.

A large poster of of Modi and US President Donald Trump was put up on stage.