We will continue to implement Rythu Bandhu and Rythu Bima schemes. It has definitely mounted some amount of pressure on the Government of India and on other states as well, says Telangana Minister for Agriculture. 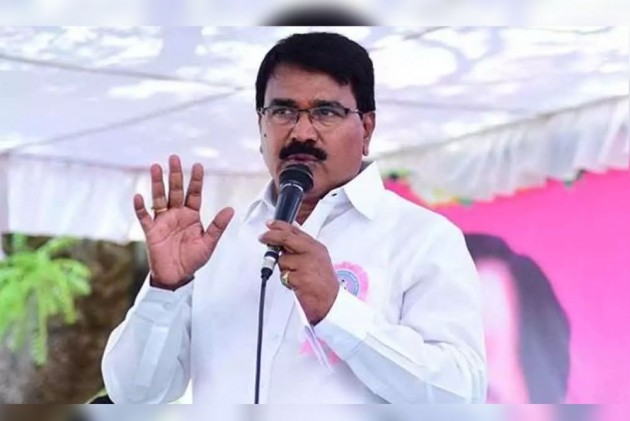 Q: Telangana’s schemes for farmers, Rythu Bandhu and Rythu Bima, have been showcased by the United Nations Food and Agriculture Organisation as a success story. What have been some of your other initiatives for agriculture?

Basically, the Telangana region in the hitherto composite state of Andhra Pradesh had remained as an agricultural area with almost 60 per cent of the population dependent on agriculture. That’s how the tagline of the separate state movement came to be neelu, nidhulu, niyamakalu (water, finances, employment). Once the state was carved out, our priority was to arrest the water of Godavari and Krishna, divert it to barren lands and increase the irrigation potential and make sufficient allocations so that the increased production will not only contribute to the state's economy but also add to national wealth. Our previous projects have been completed in a phased manner. Many pro-farmer decisions were taken immediately after the government was formed in 2014. For instance, we waived farmers’ debts in four instalments. Thereafter, we started giving quality power at regulated timings...later on, 24 hours uninterrupted power supply free of cost to the farmers. And, we introduced the Rythu Bandhu scheme which got laurels from the whole world. This is a farmer input subsidy which was initially Rs 4,000 per acre per season -- that’s Rs 8,000 annually. We have increased it to Rs 10,000 per acre a year. This is its fourth season currently. I can claim very proudly that no state government, not even the bigger states, have ventured to give such schemes to the farmers by spending huge money. Our spending on irrigation and agriculture put together is more than Rs 60,000 crore per annum. Rythu Bandhu now is almost Rs 12,000 per annum and another Rs 2,000 crore will get added to it. For Rythu Bima, we are paying about Rs 13,000 towards insurance coverage for the farmers -- if a farmer, aged between 18-59, who holds land dies of any cause, his nominee will be paid Rs 5 lakh within 10 days. Then, we are bearing almost Rs 7,000-8,000 crore on the power subsidy. This year, we are going to pay almost Rs 8,000 crore on loan waiver.

Q: What are the broad goals you are looking at, and the priorities?

We will continue to implement Rythu Bandhu and Rythu Bima schemes. It has definitely mounted some amount of pressure on the Government of India and on other states as well. It was as an answer to that pressure that the Centre introduced Pradhan Mantri Kisan Samman of Rs 6,000 in three instalments, right?

Our priorities now are to see that there is crop diversification in the state, educating farmers to take up a variety of crops, to rationally use pesticide and fertilisers and to increase the production of commodities which have marketability.

Last Kharif, if you see, almost 1.22 crore acres of land -- both rainfed and irrigated – was cultivated. Cotton, maize, paddy and groundnuts were raised. Now, in this Rabi season, a record 22 lakh acres of paddy is being transplanted. Other crops are at 18 lakh acres. In Rabi, we never had such high figures previously.

Q: Recently, the introduction of low-cost moisture testing meters in Khammam district has led to higher cotton procurement from the local farmers. What other technology-led initiatives are you planning?

At every level, we want to ensure that there shall not be any exploitation from middlemen. So, in order to ensure the perfect moisture and weight, electronic weighing machines which cannot be tampered with, have been introduced. Previously, the purchasers used to have their own moisture testing machines which were susceptible to tampering. Now, the department has tested and suggested a brand of moisture-testing machines which are tamper proof and not very expensive -- this is a measure which has helped a lot. Then, we are introducing drones for spraying and other purposes. Our Chief Minister is considering an idea where unemployed youth, with some financial aid from SC/ST corporations, can be given devices like drones, power sprayers and other implements which are used in day-today agriculture so that they can be self-employed.

Besides, several apps have been introduced. For example, a farmer can send a picture of his crop and get inputs and suggestions from scientists and researchers. We have put technology to extensive use. We also want to take up farm mechanisation intensively.

Q: What are your initiatives on horticulture?

We have been encouraging horticulture extensively. Hyderabad has a population of more than 1.20 crore. So our aim is to cater to the needs of the metropolitan city and other municipal corporations and towns by developing peripheral areas as horticultural units – it could be pandal cultivation, open cultivation or shadow cultivation. Now, more than 6.80 lakh farmers have registered online and they want the minor irrigation subsidies like pipeline, drip and sprinklers. The CM is yet to take a decision to approve the project.

Q: You are encouraging oil seeds and palm oil as well. What initiatives have you planned?

Its not just in Telangana alone, the Government of India is also focussing on oil seeds because the country is deficit in production. India is importing about Rs 40,000 crore worth of palm oil and Rs 30,000 crore worth of other oils. So, now is the time to grow more oil seeds – in Telangana, we are focussing on groundnut, castor and soya. Similarly, palm oil -- this year, I have taken that up as my dream project. We have permission from Government of India for a 50,000 acre project and we plan to implement it in 2-3 years. Almost 240 mandals have been identified as suitable for growing palm oil. The farmer will get a buyback policy agreement, so that he will get his rate within one week. Throughout the year he will get yield and returns.

Q: Similarly, you are looking at seed production in a big way?

Basically the agro-climatic features of the region, the geographical area and road, rail and air network are factors that have contributed to Telangana becoming the seed bowl of India. We have more than 400 companies here. The skilled workforce in the seed sector is nearly 2 lakh and there are about 5-6 lakh unskilled workers. So this sector has attained a lot of significance. All the multinational companies and homegrown seed companies want to have their establishments here.

‘Represent Country Proud To Be Known As Mother Of Democracy’: PM Modi At UNGA

Virat Kohli And MS Dhoni: Captain And The Mentor

Quad Not A Military Alliance, But Will Challenge China's Outreach In Indo-Pacific

Seema Guha / Quad is to checkmate China’s growing profile as a nation giving humanitarian aid to nations across Asia and Pacific, and it wants to challenge China’s soft power bid in the region.

PTI / Sunrisers Hyderabad are out of IPL 2021 play-offs race after losing to Punjab Kings by five runs.

Prakash Singh / Several commissions were appointed from time to time at the state and central levels for reforms in the police, but their core recommendations were never accepted.