Jaishankar was in Tehran last month and was one of the first foreign leaders to have met with President-elect Ebrahim Raisi ahead of his swearing-in on August 5. 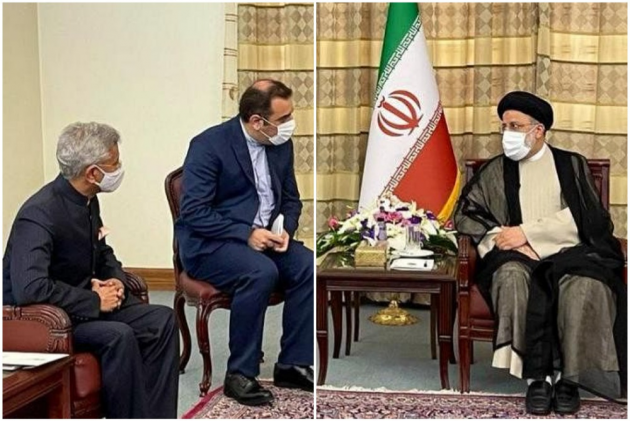 During the 2017 swearing-in of moderate Iranian President Hassan Rouhani, India sent then shipping minister Nitin Gadkari to Tehran for the ceremony. On August 5 when new hard-line leader Ebrahim Raisi is sworn in, foreign minister Subramanyam Jaishankar is slated to be present.

Jaishankar was in Tehran last month and was one of the first foreign leaders to have met with the President-elect. He handed over a message from Prime Minister Narendra Modi to the incoming President. Last year too, both Jaishankar and defence minister Rajnath Singh had made a brief halt in Tehran during their respective visits to Russia. The flurry of visits from New Delhi indicates that the Modi government is keen to mend ties with Tehran.

India wants to turn the page and start afresh with Iran. During the Trump presidency New Delhi had neglected ties with Iran but now appears to be reinforcing its strategic autonomy (a term not favoured by Jaishankar and the Modi government), in the sense of engaging with all powers that further Indian interests.

At the moment the deteriorating security situation in Afghanistan is of interest to both Iran and India, as indeed to all regional players. During the earlier Taliban regime, India, Russia and Iran worked together to consolidate the anti-Taliban northern alliance. However today the northern alliance is no longer there. Iran is also talking to the Taliban. However Indian and Iranian interests in Afghanistan are similar. No one wants a repeat of the Taliban’s past performance. Tehran will be anxious to ensure that the Shias of Afghanistan are not targeted and allowed to live in peace.

Relations with Iran had gone for a toss during President Donald Trump’s tenure when the US administration had not just walked out of the nuclear deal but also ordered almost a-sanction- a- day against Iran. The US also stopped the rest of the world, including India from buying Iranian oil, threatening not to allow nations doing business with Iran from having access to American financial institutions or commercial ties with American companies. This led to New Delhi lifting oil from Iran. Tehran was disappointed and foreign minister Javad Zarif said at a news conference with visiting Indian journalists that he was surprised and disappointed at India’s action. Russia and China had however had continued doing business with Iran. Despite exemptions for India’s work at the Chabahar port in Iran, little progress was made as getting equipment for the project was though, given that private companies domestic or international were reluctant to do business with Iran on fears of American sanctions.

The Chabahar project between Iran, India and Afghanistan is of strategic importance to all three countries. For India, Chabahar was conceived as a means to get around Pakistan for trade with Afghanistan. Islamabad does not allow Indian goods to go through its territory to Afghanistan.  The Chabahar port, which is not far from Afghanistan was seen as the best way to do business with Kabul. India had also built the 135-mile road from  Zarang near the Iranian border with Delaram, a major transportation hub in southern Afghanistan. Cargo ships carrying goods for Afghanistan can now unload in Chabahar port and be transported by trucks across Afghanistan.

But the project faced major delays, mainly due to decades of US sanctions. It is only since December 2018  that the Chabahar project has been operational though much work remains to be done. But it is being used by India to transport goods to Afghanistan. India- Iran-Afghanistan and Uzbekistan have formed a joint working group on the use of Chabahar port. Once the port becomes fully operational it will open up Central Asia for trade. However, another bout of civil war in Afghanistan, where security becomes a major issue, will ensure that Chabahar’s enormous potential remains unused.