The two-month period witnessed unprecedented protests over the entry of women of menstruating age into the temple. 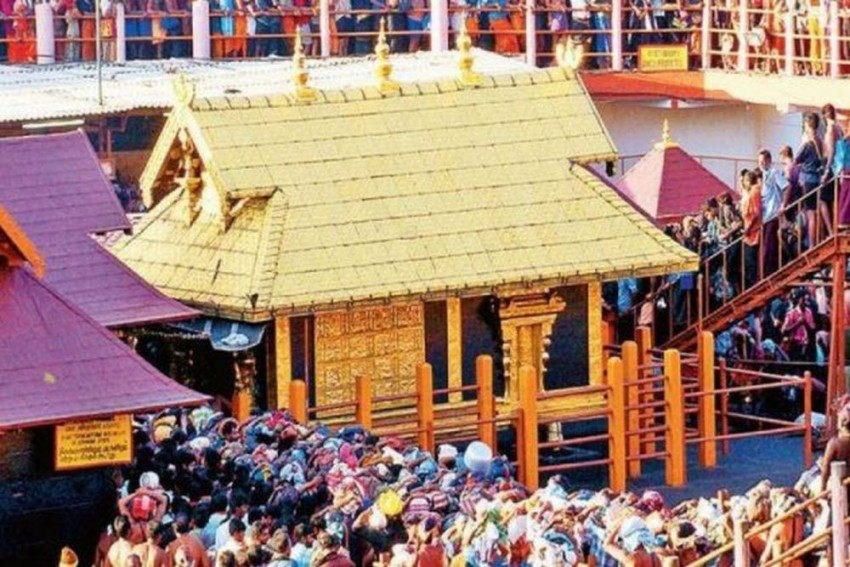 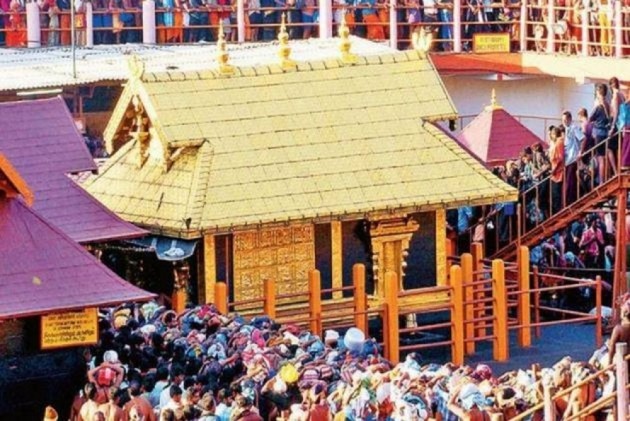 The Lord Ayyappa temple in Sabarimala was closed on Sunday marking the culmination of the over two-month-long stormy annual pilgrimage season.

The two-month period witnessed unprecedented protests over the entry of women of menstruating age into the temple.

As the temple closed, the opposition BJP ended its 49-day-long relay hunger strike staged in front of the Secretariat, the administrative hub in Thiruvananthapuram, demanding the lifting of prohibitory orders and restrictions at Sabarimala, which the LDF government rejected.

While Chief Minister Pinarayi Vijayan Sunday lashed out at the Sangh Parivar and said their Sabarimala stir was a "complete failure", BJP state president P S Sreedharan Pillai claimed the agitations were aimed at protecting the traditional faith of devotees and it had won in garnering mass support.

The Sabarimala Karma Samithi, the rightwing forum which spearheaded the agitations against the entry of young women into the shrine, is all set to organise a mass gathering of devotees, spiritual and cultural leaders in the state capital this evening.

The sanctum sanctorum of the hill temple was closed at 6.15 am after darshan by P Raghava Varma Raja, representative of the erstwhile Pandalam royal family, attached to the centuries-old shrine.

After the customary 'bhasmabhishekam', the portals of the shrine were closed with the singing of 'Harivarasanam'.

With this, the tumultuous 67-day long annual pilgrimage season at Sabarimala concluded and the Lord Ayyappa temple would be reopened on February 13 for the monthly poojas in the Malayalam month, Kumbham, sources said.

The annual pilgrimage season this time witnessed widespread protests from frenzied devotees and rightwing groups over the CPI(M)-led LDF government's decision to implement the September 28 Supreme Court verdict allowing women of all ages to enter the hilltop shrine.

The decision of the state government was described as a "shameful act" by Prime Minister Narendra Modi when he attended a BJP convention at Kollam in southern Kerala.

Traditionally, women of menstruating age or in the age group of 10 to 50 years were not allowed to enter the temple as the deity, Lord Ayyappa, was in the form of "Naishtika Brahmachari" (perennial celibate).

The temple witnessed the first round of protests during the monthly 'Thulamasa' pooja when it was opened for five days in October.

Several media persons and women devotees of traditionally accepted age were injured in the protests which were spearheaded by the BJP-RSS led groups.

Later, when the temple was opened for the annual pilgrimage season on November 17, the situation at Sannidhanam (temple complex), which is around 3.5 kilometers uphill from Pamba, was calm but the state witnessed frenzied protests from the right-wing groups under the aegis of "Sabarimala Karma Samiti."

During the melee, BJP leaders K Surendran, K P Sasikala attempted to visit the shrine defying the prohibitory orders but were arrested.

The Sabarimala Karma Samiti held an event 'Ayyappa Jyothi' (lighting of the sacred lamp) on December 26, to protest against the government's decision, which the LDF government countered by organising a 620-km-long "women's wall" across the state.

During the season, over two dozen women devotees, of whom some were branded as activists, unsuccessfully attempted to trek the hill.

However, on January 2, two women of the traditionally barred age group--Kanakadurga (44) and Bindhu (42)-- trekked the hill and offered prayers at the shrine without facing any troubles from the devotees.

This led to widespread violence across the state and the Samiti, with the support of BJP, called for a hartal on January 3.

The state witnessed unprecedented violence during the hartal with houses of both CPI(M) and BJP leaders being attacked.

The hartal, which was the seventh one declared in the state in two months time, also led to some serious decisions being taken by the business community.

The Kerala Vyapari Vyavasayi Ekopana Samiti, the apex body of traders in the state, and various other organisations including travel and tourism industry attempted to thwart the January 3 hartal call unsuccessfully.

A Samiti activist died in stone-pelting during the protest march at Pandalam, a place associated with Sabarimala, and a couple of CPI(M) activists were arrested in this regard.

Later, a Sri Lankan woman also visited the shrine, which was confirmed by the chief minister.

The BJP protest in front of the Secretariat in the state capital lost steam after the party failed to field known leaders for the 'fast'.

The government filed an affidavit in the apex court saying 51 young women had entered the temple during the season. However, it came to light that most of the names in the list were either above the traditionally barred age group or were not women.

All the major political parties in the state including the CPI(M), Congress and the BJP have indicated that they will try to cash in on the Sabarimala related developments in the upcoming Parliamentary elections.

Addressing a workshop in the state capital Sunday, the CM said the Sabarimala stir was led by the "advocates of casteism".

"Devotees are well aware of the developments. Some had tried to make the devotees believe that the state government was against them. But this government is not against devotees," he said.

Lashing out at the Sangh Parivar, he alleged the right wing forces were trying to 'sabotage' the progressive achievements of the state.

Pandalam royal family member, Sashikumar Varma said they were ready for any talks with the government to settle the issue amicably.