There was a 31% increase in Covid-19 cases in Pathanamthitta, the district where the temple is located 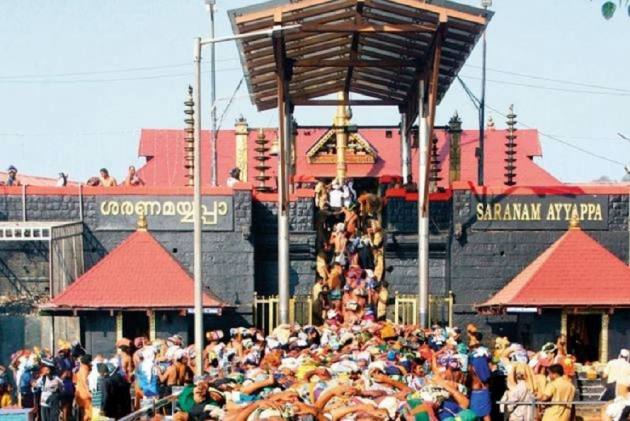 All officials on duty at Sabarimala, where the Lord Ayyappa temple is located, besides pilgrims, should undergo the RT-PCR test as the Kerala Health Department has revised its guidelines following an increasing number of Covid-19 cases in the area in recent days.

The revised norms were issued in connection with the pilgrimage at the temple and one of them was making the Reverse Transcription Polymerase Chain Reaction (RT-PCR) test mandatory for all pilgrims and officials on duty who reach the shrine after the Mandala Puja on December 26.

According to official sources, 299 people, including 51 pilgrims, 245 employees and three others, have contracted the infection so far after the hill temple was thrown open for the annual Mandala-Makaravilakku pilgrimage last month.

There was a 31 per cent increase in Covid-19 cases in Pathanamthitta, the district where the temple is located, and 11 per cent in nearby Kottayam district during this period as per reports, state Health Minister K K Shailaja said.

As per the revised guidelines, all officials on duty at Sabarimala should undergo the RT-PCR tests, she said here in a statement.

Even if the officials on duty have already undergone the test before being deployed at Sabarimala, the mode of testing has been changed as the Covid positive cases are reported high among them.

"All pilgrims and officials on duty, who reach Sabarimala after the Mandala Puja on December 26, are required to undergo the RT-PCR test.

All of them should bring the Covid negative certificate taken from an accredited lab 24 hours before reaching the base camp, Nilakkal," Shailaja said.

She said special attention was paid to ensure a safe pilgrimage at Sabarimala as there were reports of extreme spread of the disease in many parts of the world including in some states in the country in connection with pilgrimages.

Urging pilgrims to follow the Covid protocol strictly, the minister said all should keep physical distance while trekking the holy hills and close contacts between devotees should be avoided to ensure there was no chance of super-spread of the infection.

Those who contracted the disease recently or having symptoms such as fever, cough, shortness of breath or fatigue should refrain from the pilgrimage, she said, adding that overcrowding should be avoided at the base camps and toilets should be disinfected after each use.