A Congress leader said the legislators in Ashok Gehlot camp objected to the statements by Sachin Pilot and other dissident MLAs on their return. The chief minister has asked them to stay calm. 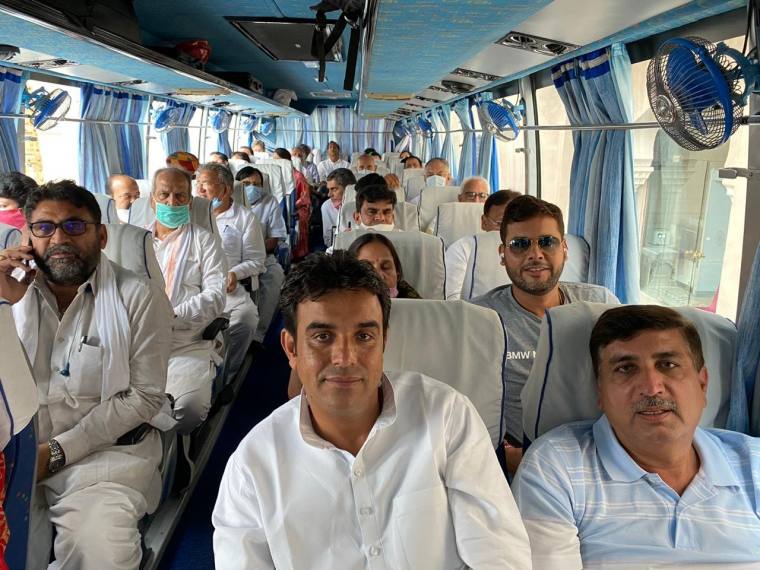 Congress legislators in the Ashok Gehlot camp on Tuesday expressed their "annoyance" on the return of Sachin Pilot and other dissident MLAs, a senior party leader said.

However, Chief Minister Gehlot said he has faith in the party's high command and their decision. He said the party leadership in Delhi will be apprised of the MLAs' sentiments.

"Several MLAs expressed annoyance towards them. The chief minister said he trusts the party high command and their decision. He said there will be no compromise with the interest of any MLA who has stayed with us," Chief Whip Mahesh Joshi said after a Congress Legislature Party meeting Tuesday night.

'My Fight Is Of Principles, Never Craved For Any Post': Sachin Pilot After Meeting Congress Leaders

'Hurt By The Kind Of Words Used Against Me': Sachin Pilot After Returning To Rajasthan

Joshi said the legislators also objected to the statements by Pilot and other dissident MLAs on their return. The chief minister asked them to stay calm.

Gehlot also thanked the MLAs who supported him and stayed in hotels with unity.

"The CM said it was like a history," he said.

The MLAs will return to Jaipur from Jaisalmer on Wednesday.

On his return to Jaipur nearly a month after he rebelled against Gehlot, Pilot said he has not demanded any post from the party but wants that there is no vendetta politics against the MLAs who stood by him.

The former state Congress chief also hoped that the three-member committee constituted by the party high command to look into the issues raised by them will start its work soon.