Bharatiya Mazdoor Sangh says that workers were affected the most by any change, privatisation would mean job losses on a large scale and a dearth of quality jobs. 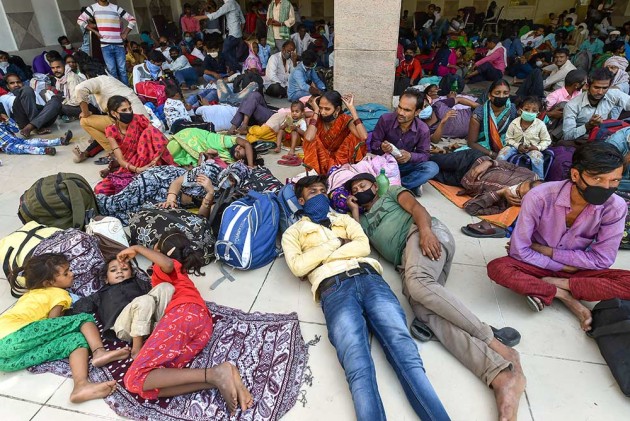 RSS-affiliated Bharatiya Mazdoor Sangh on Saturday "strongly opposed" the announcements on privatisation in eight sectors of the Indian economy made earlier in the day by Union Finance Minister Nirmala Sitharaman.

The trade union said it was a "sad day" for the country that the announcements on privatisation in eight sectors showcased a dearth of ideas in the Central government.

The BMS said privatisation was against national interests and the Indian economy was not going to bounce back on the basis of "failed ideas".

Expressing "dismay" over what it called lack of appropriate ideas to strengthen the sagging economy, the Rashtriya Swayamsevak Sangh-affiliated body said the Centre's stand that there was no other option to privatisation in coal, minerals, defence production, airports and airport management, power distribution, space, and nuclear energy indicated lack of ideas with the Central government.

Pointing out that workers were affected the most by any change, privatisation would mean job losses on a large scale and a dearth of quality jobs.

It would lead to profiteering and exploitation of the workforce, the BMS claimed and said that the government was bringing about a change without any social dialogue which was the essence of democracy.

The BMS said the Central government was shying away from holding discussions and consultations with trade unions.

"It is our recent observation that private players and markets flopped in the recent crisis situation and only the public sector of India had played an important role," the trade union said.

The BMS said that setting aside Rs 50,000 crore for the privatisation of coal sector was "objectionable", adding that auction of 500 mining blocks, including those of bauxite and coal, was against national interests.

It also flayed the proposals to increase in Foreign Direct Investment in defence production from 49 to 74 per cent as well as privatisation of Ordnance Factory Board.

The trade union said auction of six airports for Rs 13,000 crore and privatisation of discoms in metro cities was also against the long-term interests of India.

It also cautioned that privatisation of the space sector could be detrimental to national security, adding that start-ups were not capable of meeting the challenges faced in the sector.