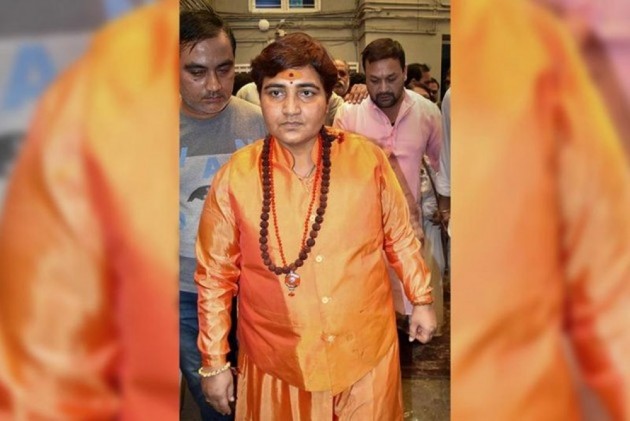 Prime Minister Narendra Modi and the Bharatiya Janata Party (BJP) have thrown the Hindus in India into a quandary. The ruling party has literally asked them to choose terrorism over pluralism, hate over harmony and mobocracy over democracy. The situation for the Hindus in India today, who constitute about 80% of India’s population, is eerily reminiscent of the Muslims of the world in early 21st century when they were called upon to demonstrate their stand on terrorism perpetrated in their name.

The issue came up in public debate after the BJP nominated Sadhvi Pragya Singh Thakur, an accused in Malegaon blasts case, as a candidate in Bhopal, the capital of the state of Madhya Pradesh. This is the first time a major political party in India is fielding a candidate accused of terrorism. Pragya is a key accused in the 2008 Malegaon blast case, in which six people died and more than 100 sustained injuries. Pragya is currently facing trial under stringent sections of The Unlawful Activities Prevention Act (UAPA) in a Mumbai court, and is out on bail on health grounds.

According to the charge sheet filed by the Maharastra Anti-Terrorism Squad (ATS), Pragya was part of most meetings of the radical Hindutva activists from 2006 onward, at which plans to target Muslim-majority areas for terrorist acts were discussed. More significantly, the investigators traced the motorcycle used for the blast in Malegaon to Pragya. Her hateful utterances before the attacks lent credibility to the accusations, as she had often spewed venom against the Muslims in her speeches and media appearances.

'I Apologise': Sadhvi Pragya Withdraws Her Remarks On Hemant Karkare After Backlash

All Muslims countries, mainstream Muslim organisations and most of the top clerics unambiguously condemned terrorism. In the case of the Hindus, the majority of the them are not only opposed to terrorism, but to all kinds of religious extremism, except a misguided segment who constitutes the core support base of India’s current ruling party. As for Indian Muslims, it is common knowledge that only a few hundreds of them out of over 180 million joined any terror group. That the party ruling the world’s largest democracy is endorsing terrorism openly is indeed an affront to the memory of the father of the nation, Mahatma Gandhi, regarded as an apostle of peace across the globe. It is also an insult to the Indian voter, who hopefully remains wise and intelligent despite the BJP’s consistent attempts at infantilizing them.

That his assassin and Hindu nationalist Nathuram Godse was the first to indulge in an act of terrorism in post-independence India is as relevant to note in the present context as the fact that he belonged to the same ideological stream that the BJP represents. No wonder then that one of the first outrageous acts of the BJP-led government under Atal Bihari Vajpayee was to unveil the portrait of VD Savarkar, an accused in the assassination of Gandhi, in the Central Hall of the Parliament, juxtaposing that of the Father of the Nation.

Apart from its profound moral implications, the latest development is a matter of great strategic discomfort for India in its efforts to have a resolution passed in the United Nations Security Council to designate Masood Azhar, the leader of the Pakistani terror outfit Jaish-e-Mohammed (JeM), as a terrorist. How can you speak to the world with a straight face about a terrorist who caused much harm to India while you not only endorse, but also elevate to a position of leadership a person accused of acts of terror against her own compatriots? With what moral standing can India now collaborate with the world in counter-terror activities while the party that rules the country brazen out its cynical decision to field a terror accused as a candidate for elections to its parliament?

In their desperation to come back to power against significant odds, the Prime Minister and his party are destroying the foundations of India’s social fabric and cultural ethos. What may fetch a few votes in one election will ultimately result in the total dismemberment of a country so wisely and thoughtfully willed into being by its founding fathers. For the Hindus of the country, it is important to remember that their self-styled defenders are pushing their faith into global disrepute and ethical turpitude, exactly as Islamist zealots did to the faith of the Muslims in several parts of the world.  The Hindu Right has always endorsed and even lionized mob terrorism throughout its existence, as evidenced by the history of numerous communal carnages and the recent instances of mass lynching. They now feel ominously emboldened to field a terror accused in the fray because they believe their well-crafted operations for ‘savaging the civilized’ have finally come to fruition. Whether or not India will prove them wrong is the existential question before the country now.

(Shajahan Madampat is a cultural critic and commentator. Views expressed are personal.)