The workers of DMK and other parties, who cleaned the statue, demanded the arrest of the culprits and warned that they would intensify their agitation if such incidents recurred. 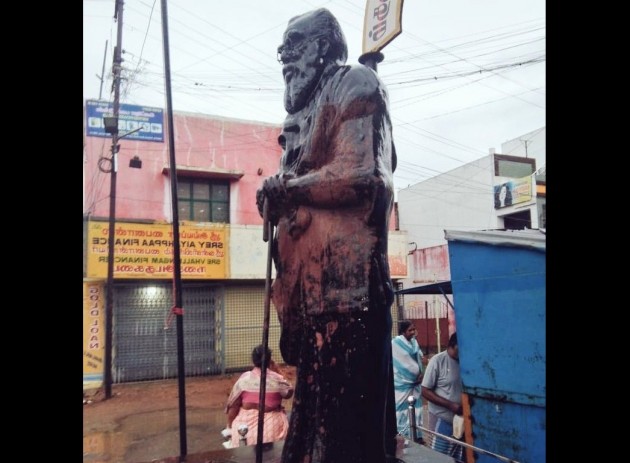 A life-size statue of social reformer E V Ramasami 'Periyar' was found daubed with saffron colour at Sundarapuram area in Coimbatore on Friday, leading to protests by workers of DMK, MDMK and VCK at the spot.

The workers, who cleaned the statue, demanded the arrest of the culprits and warned that they would intensify their agitation if such incidents recurred, police said.

The statue was one of the three of the social reformer installed in the city in 1995.

The activists dispersed after police assured them that action would be taken.

DMK MLA N Karthik also condemned the incident and said that this could be an attempt to destroy peace in Tamil Nadu.