Sajad Gani Lone To J&K Administration: Go Beyond The Rhetoric

The present dispensation is opening up the local gardens and sponsoring cultural shows to show a façade of normality, says Lone 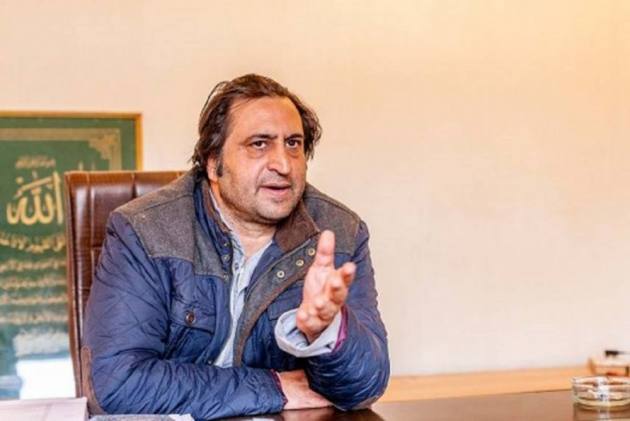 The Peoples Conference led by Sajad Gani Lone on Tuesday become the latest political front to criticise the government led by Lt Governor Manoj Sinha accusing it of giving façade of normality in Kashmir by opening up the local gardens and sponsoring cultural shows.

Already National Conference and the Peoples Democratic Party has been charging Governor Sinha’s administration of neglecting the people of Jammu and Kashmir and issuing anti-people orders.

“The party leaders urged the LG administration to go beyond the rhetoric and deepen the process of dialogue and make sincere efforts to engage the people for a lasting solution to the present embargo,” a Peoples Conference spokesperson said after the party’s meeting here.

The spokesperson said a meeting of the senior leadership of Peoples Conference led by its chairman Sajad Gani Lone was held here at the party head office in which the participants expressed dismay over the present dismal state of administration in Jammu and Kashmir, observing in unison that the wedge between the common people and those at the helm is only widening with each passing day.

“The leaders in a detailed meeting maintained that the woes of the common masses on the ground are mounting with each passing day and that the administration is only plunging them into the deep and dreadful cycle of perturbation,” the spokesperson said.

The leadership, according to the spokesperson observed that Jammu and Kashmir is in a severe grip of administrative inertia and that the bureaucratic hurdles and dilatory mode of functioning have become a new normal in the state administration.

“The leaders maintained that the gulf between the administration and the common masses must end at an earliest and that the euphoria about good governance and prompt delivery of services is menacingly misplaced to the core,” the spokesman said.

“The leaders also urged the LG administration to go beyond the rhetoric and deepen the process of dialogue and make sincere efforts to engage the people for a lasting solution to the present embargo.”

He said the Peoples Conference leaders highlighted the day-to-day struggle the people here face in getting their grievances addressed in the power corridors and how the present dispensation is making strenuous efforts to ostracise the entire scenario and give façade of normality by opening up the local gardens and sponsoring cultural shows.