Sam Pitroda's Remark Out Of Line, Not Appreciated: Rahul Gandhi

Congress president Rahul Gandhi noted that the 1984 anti-Sikh riots were a needless tragedy that caused tremendous pain, and said 'justice has to be done' and anybody guilty must be punished. 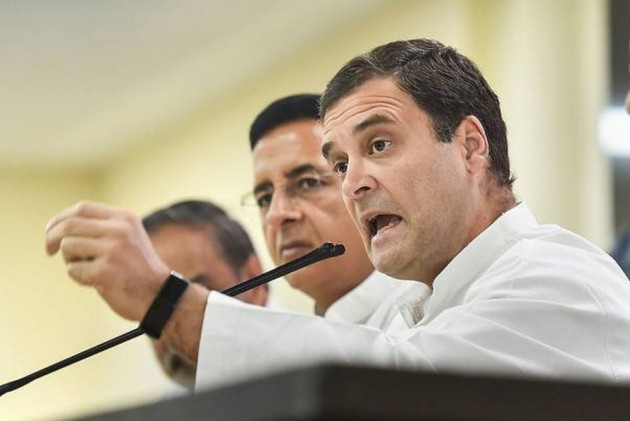 Congress president Rahul Gandhi Friday said party leader Sam Pitroda has said something completely "out of line" and should apologise for his remarks on the 1984 anti-Sikh riots.

Earlier in the day, the Congress distanced itself from the "so what" remarks of Pitroda about the 1984 anti-Sikh riots and asked the leaders of the party to be careful and sensitive in future.

Pitroda, a close aide of Rahul Gandhi and Overseas Congress' head, on Thursday said, 'hua to hua' (So what, it happened) about the anti-Sikh riots. He made this remark in response to a question on the riots by a newsman in Dharamshala in Himachal Pradesh.

"What Mr Sam Pitroda has said is absolutely and completely out of line and is not appreciated. I will be communicating this to him directly. He must apologise for his comment," Gandhi said.

He noted that the 1984 anti-Sikh riots were a needless tragedy that caused tremendous pain, and said "justice has to be done" and anybody guilty must be punished.

"We all have made our position very clear and that is the 1984 happenings were a terrible tragedy and should never have happened," he said.

He had also called for deepening the love between the people of Punjab and the Congress and its leaders, as the people had elected the party's government in the state.

Sam Pitroda's "so what" ('hua to hua') remarks about the 1984 riots kicked up a major political storm with the ruling BJP and Prime Minister Narendra Modi saying that this reflected the "character and arrogance" of the opposition party.

Pitroda on his part accused the BJP of twisting the three words in Hindi on the riots to "distort facts, divide us(Congress) and hide their failures" and said things of the past are not relevant in this election.