The MP has been also booked under sections 153A (promoting enmity between different groups on grounds of religion, race, place of birth, residence, language) and 295A (deliberate and malicious acts, intended to outrage religious feelings of any class by insulting its religion or religious beliefs) 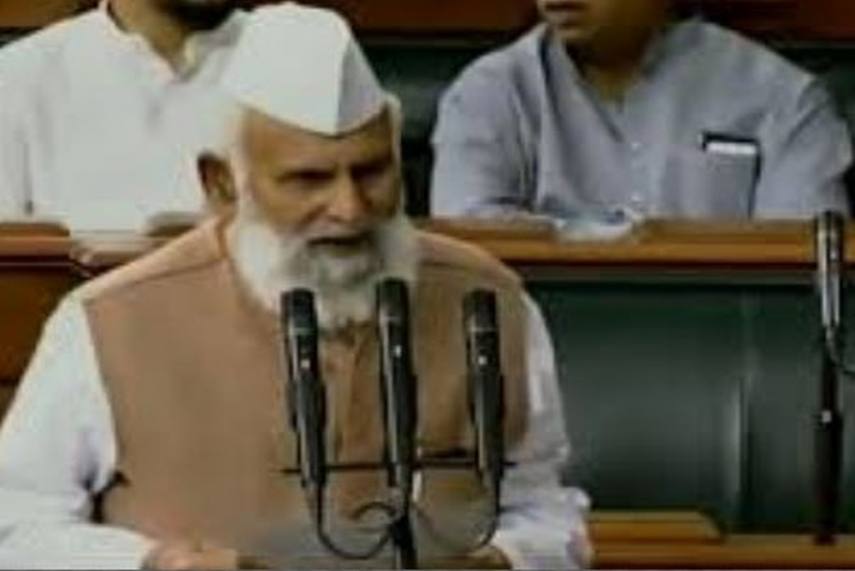 Owing to his recent comments defending the Taliban's takeover of Afghanistan and equating it with India's own freedom struggle, police booked Samajwadi Party MP Shafiqur Rehman Barq on Wednesday.

According to Superintendent of Police Chakresh Mishra,  he was charged under Indian Penal Code section 124A (sedition) following a complaint from BJP leader Rajesh Singhal on Tuesday.

Singhal in his complaint said that Barq's "controversial statement comes in the category of sedition", he said.

The MP has been also booked under sections 153A (promoting enmity between different groups on grounds of religion, race, place of birth, residence, language) and 295A (deliberate and malicious acts, intended to outrage religious feelings of any class by insulting its religion or religious beliefs), Mishra said.

Besides Barq, two others, Mohammad Muqueem and Chaudhary Faizan, have also been booked under these sections, the officer said, adding that the matter is being probed.

Following the Sambhal MP's remarks, Samajwadi Party (SP) workers Muqueem and Faizan posted material on social media in support of the Taliban, according to the FIR.

Responding to questions from reporters on Monday, Lok Sabha member Barq had said the Taliban wanted to free their country and it was Afghanistan's internal matter.

He had called the Taliban a force that did not allow Russia or the United States to establish themselves in Afghanistan, "and now they want to run their own country".

The MP had said that when India was under British Rule, the entire country fought for independence.

"They want to be free. This is their personal matter. How can we interfere?" the SP legislator had said on developments in Afghanistan.

Endorsing the Taliban takeover, Barq had said the Afghans want to run their own country in the manner they wanted."

In the state legislative council, the chief minister on Tuesday slammed the opposition MP.

"He was shamelessly supporting the Taliban. It means supporting their barbaric act. We are a parliamentary democracy. Where are we heading? We are supporting people who are a blot on humanity," the CM added.

Asked to comment on the MP's remarks, Deputy Chief Minister Keshav Prasad Maurya said he had not personally heard them. "But if this type of statement has been given then there is no difference between that person and Imran Khan."

Pakistan Prime Minister Imran Khan on Monday had appeared to endorse the Taliban's takeover of Kabul, saying Afghanistan has broken the "shackles of slavery"