SP leader and MP Shafiqur Rahman Barq had said Taliban wanted to free their country and it was their internal matter. 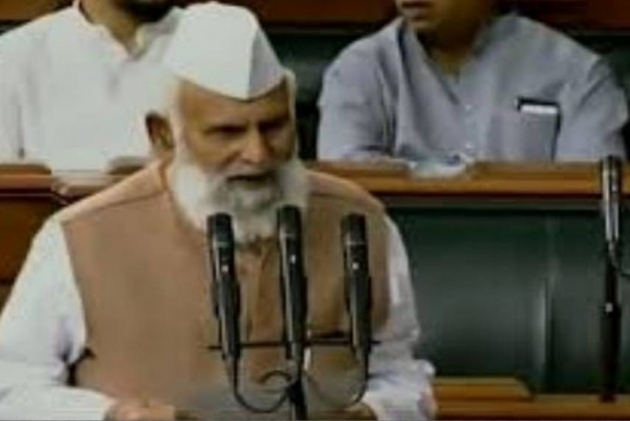 A comment from a Samajwadi Party MP Shafiqur Rahman Barq over Taliban takeover in Afghanistan has drawn a sharp criticism from BJP on Tuesday.

“They want to be free. This is their personal matter. How can we interfere?” Barq had said.
Sambhal Lok Sabha MP said the Taliban wanted to free their country and it was Afghanistan’s internal matter.

Barq called the Taliban a force that did not allow Russia or the United States to establish themselves in Afghanistan, “and now they want to run their own country”.

The MP said when India was under British Rule, the entire country fought for independence. “They want to be free. This is their personal matter. How can we interfere?” he said on developments in Afghanistan.

Endorsing the Taliban takeover, Barq said the Afghans want to run their own country in the manner they wanted.

Asked to comment on the MP’s remarks, Deputy CM Maurya said he had not personally heard them. “But if this type of statement has been given then there is no difference between that person and Imran Khan," he added.

The Pakistan prime minister on Monday appeared to endorse the Taliban’s takeover of Kabul, saying Afghanistan has broken the "shackles of slavery".

The UP minister slammed the opposition Samajwadi Party over the MP’s comment.

"Anything can happen in the Samajwadi Party. There are people who cannot sing the Jana Gana Mana, someone might support the Taliban, others could level allegations on police after terrorists are caught. This is appeasement,” he said outside the state Assembly in Lucknow. (With PTI inputs)