On Saturday, BJP MP Devi had said Khan should be suspended from Lok Saba for five years and a mere apology from him for his remarks against her will not do. 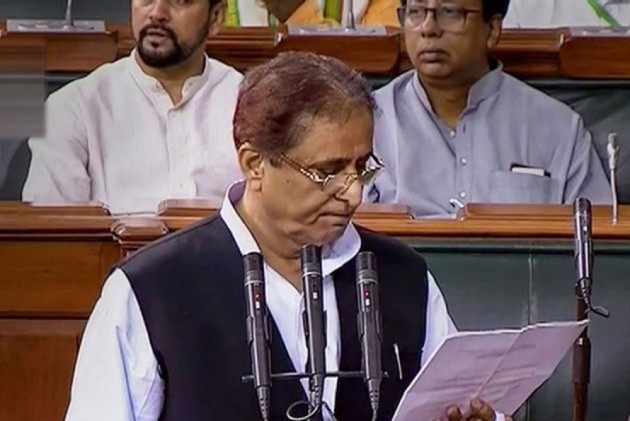 Samajwadi Party leader Azam Khan, whose sexist remarks against BJP MP Rama Devi in Parliament led to an outrage, apologised to her on Monday.

As soon as Lok Sabha met after the weekend break, Speaker Om Birla allowed Khan to speak in the House.

"I have been an MLA for nine times, a minister several times, a Rajya Sabha member too. I was a parliamentary Affairs Minister too. I know legislative procedures," he said.

"However, if my words hurt anyone, I hereby apologise," he said.

The speaker said members should be careful in uttering words and maintain decorum so that no such incident takes place in the future.

On Saturday, BJP MP Devi had said Khan should be suspended from Lok Saba for five years and a mere apology from him for his remarks against her will not do.

"He should be given a serious punishment and suspended for five years," said Devi, who was in the Chair on Thursday when Khan made the sexist comments which have been condemned by parties across the political fault lines.

Now merely an apology from him will not assuage her, Devi said, adding that his comments, expunged from the record, were an insult to Parliament and all members.

Members in Lok Sabha had on Friday condemned Khan's remarks and demanded exemplary action against him.