They will also serve a ‘warning’ to opposition leaders on July 17. 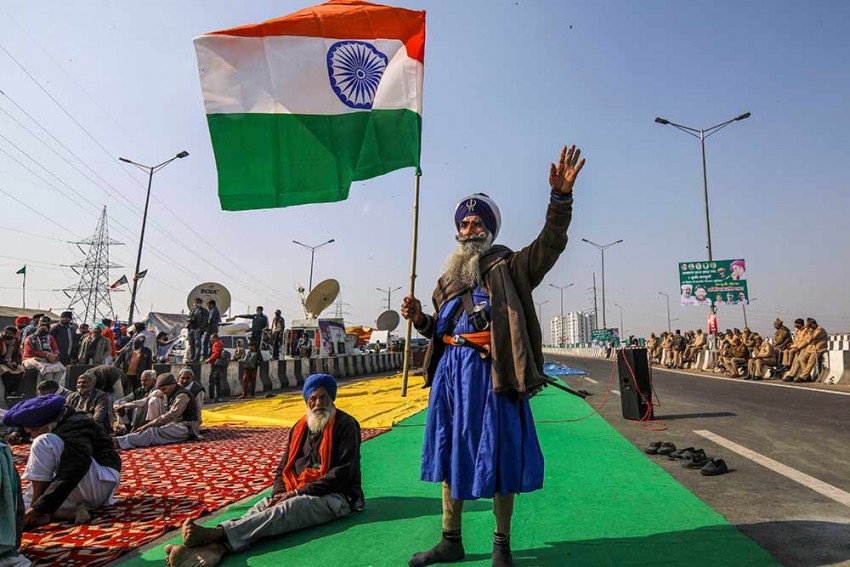 The Samyukta Kisan Morcha (SKM) on Sunday announced fresh protests over the Centre’s farm laws that include a march to Parliament.

The Monsoon Session of Parliament is scheduled to begin on July 19 and will continue till August 13.

According to the joint platform of farmer organisations, they will also serve a “warning” to opposition leaders on July 17.

“Sansad mein chuppi toro ya kursi choro (either break your silence in Parliament or step down)” is the message for Members of Parliament from Opposition benches.

Beginning July 22, at least five farmers from each protest site at Delhi’s borders will march towards Parliament and raise slogans against the laws, he added.

Protests will also be organised at the doorsteps of Members of Parliament representing parties in the ruling National Democratic Alliance (NDA).

This will continue as long as Parliament is in session, added Rajewal.

There will also be a protest against the hike in fuel prices on July 8.

According to Gurnam Singh Charuni of the Bharatiya Kisan Union (BKU) between 10 AM and noon that day, their members and supporters would park vehicles on all national and state highways. “However, care will be taken that there is no traffic jam,” he added.

“Similarly, women will take to the streets against cooking gas price-rise,” he further stated.

At 12 noon, the protestors will blow the horn of their vehicles in unison.

Charuni also said that the SKM will organise a demonstration near the Prime Minister’s residence on July 6 to demand resettlement of villagers evicted from Khori in Faridabad, Haryana.

The Supreme Court had sought compliance report from the state government officials after removing all encroachments from forest land.

The union leaders alleged that seven large hotels in the area had “not been touched”.

With Kharif crops sowing in progress at the beginning of the first rains as the south-west monsoon season progresses, the SKM has made a schedule for groups of farmers to reach the site at regular intervals.

This keeps the crowds assembled at Delhi’s borders rotating so that the earlier participants can tend to their fields.

“The stir will continue. We are not leaving till the laws are rolled back,” stated Charuni.

The farmer leaders claim that the laws would pave the way for the dismantling of ‘mandis’ and the MSP system, leaving them at the mercy of big corporate entities.

Protest over the three farm bills are going on since November 26 last year at Delhi’s borders. Among their charter of demands are unconditional repeal of the farm laws and the legalisation of MSP.

However, the government claims that the reforms are meant for the betterment in their profession and life.