In a statement, the farmers' body also condemned the comments made by J P Dalal on the death of the farmers protesting against the three agriculture laws. 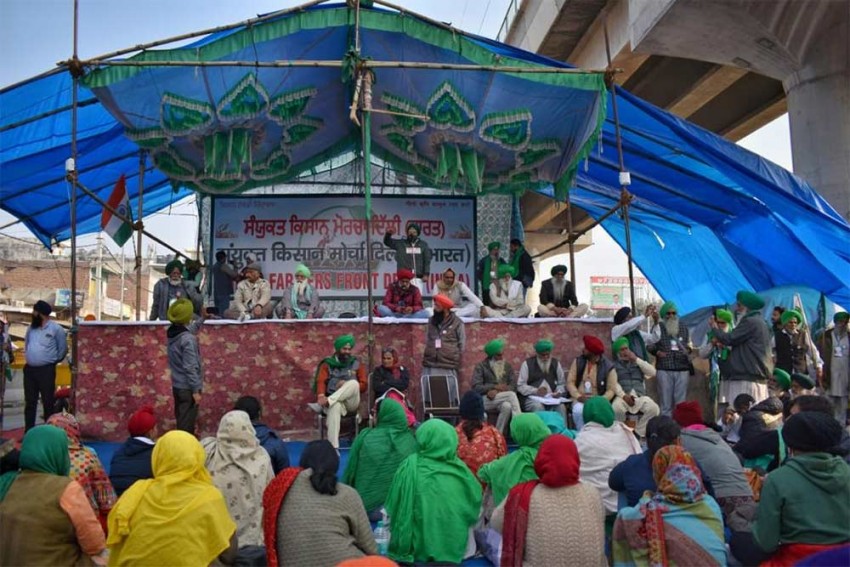 Following the arrest of 21-year-old activist Disha Ravi by the Delhi Police during their probe into the toolkit document case, the Samyukta Kisan Morcha condemned the action and demanded her immediate release.

The umbrella body of farmers' unions also spoke against the Haryana Agriculture Minister J P Dalal's comment on the death of protesting farmers and warned that people would teach him a lesson for such "arrogance".

"The government has shamelessly admitted in Parliament that it has no data of the farmers who sacrificed their lives in the ongoing movement," said the statement issued by SKM leader Darshan Pal.

"The SKM is maintaining a blog site where such data is readily available if the government cares. It is the same callousness which resulted in the loss of lives so far."

Condemning Ravi's arrest, the SKM said she "stood in support of the farmers".

"We demand her immediate unconditional release," SKM said in the statement.

Ravi was arrested from Bengaluru by a Cyber Cell team of the Delhi Police on Saturday for allegedly sharing with Swedish teen climate change campaigner Greta Thunberg the "toolkit" related to the farmer's protest against the Centre's three agri laws.

The police claimed Ravi was an editor of the "toolkit Google doc" and a "key conspirator" in the document's formulation and dissemination. She and others "collaborated with pro-Khalistani Poetic Justice Foundation to spread disaffection against the Indian State", police alleged.

At a mahapanchayat held at Indri in Karnal district of Haryana, SKM leaders warned that the BJP's days are "numbered as more and more farmers are getting awakened".

"Farmers' resolve to fight unitedly, cutting across states and religions, is getting stronger with each mahapanchayat despite the government's divisive efforts. Rural India and agriculture is the main agenda for us," they said.

Candle marches being organised in villages and towns across the nation between 7 and 8 pm on Sunday, in support of the farmers' demand for scrapping the agri laws and legal guarantee for minimum support price for crops.

More farmers are expected to join the protest sites in the coming days and make the movement formidably strong, the SKM said.

Thousands of farmers, mainly from Punjab, Haryana and UP are protesting against farm laws at Delhi's border points for more than 80 days. The stalemate continues despite 11 rounds of talks between the farmer leaders and the government.