Getting emotional at his first press conference as the chief minister, Charanjit Channi said that he comes from a poor family that did not have a roof over their head. 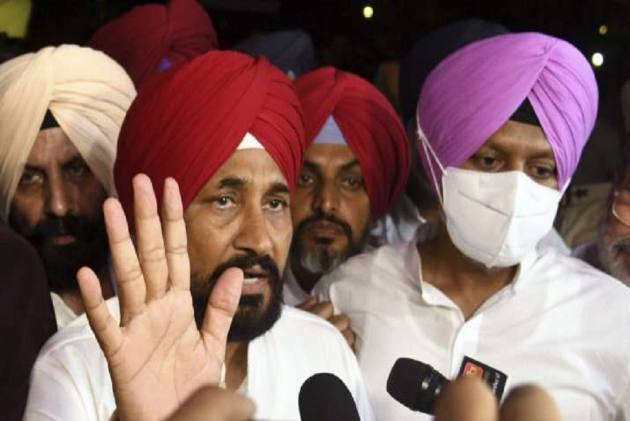 Channi targeted Amarinder Singh over the sand mafia issue and said that the sand mafia and people associated with them should stay away from him, as he is not ready to meet them. Punjab Congress chief Navjot Sidhu has also been targeting the Captain for his complicity with the sand mafia. Channi said a big decision will be taken in the cabinet meeting today.

Targeting Aam Aadmi Party, Channi said that Punjab will now have a common man's government. He said that the water connection of any poor man of Punjab who does not pay his drinking water bill will not be cut. He said that the bills of the last five years of the poor who did not pay their water bills till August would be waived. He announced that sewerage and water bills for 200 square yard houses will not be charged in cities.

Getting emotional at the press conference, Channi said that he comes from a poor family that did not have a roof over their head. He said, 'Today a man has got a chance to become the chief minister, so this poor man is standing with every common man'.

CM Channi called upon the striking employees to return to work and said that they should be given some time so that all the problems of the employees can be resolved. Channi, who claimed to stand with the farmers in protest against the three agriculture laws of the Centre, said that no harm will be allowed to the agriculture of Punjab, adding, “For this I am ready to slit my throat.”

Channi said that the 18-point agenda given by the party high command would be fulfilled soon. Bargadi sacrilege case will be resolved soon. There will be no police excess on anyone, everyone will get justice, the guilty will be in lock-up, he added.