In the sixth part of Outlook's 'Sands Of Time' series, Amborish Roychoudhury talks about Madhubala, the Hindi movie star the world seemed to be obsessed with, back in the 1950s. 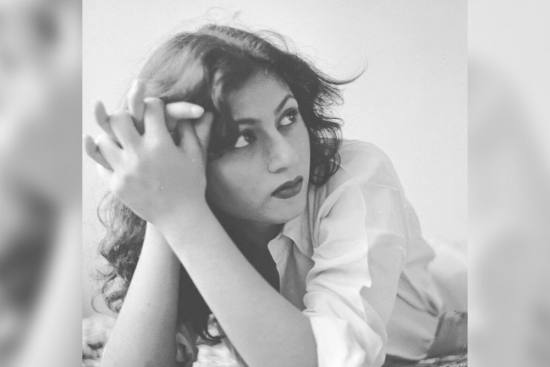 A classic Indian actress was hailed as the greatest star in the world, bigger than even the Hollywood greats. In the sixth part of Outlook's 'Sands Of Time' series, film writer Amborish Roychoudhury talks about the Hindi movie star the world seemed to be obsessed with, back in the 1950s.

The term Bollywood is such a misnomer that it continues to irk many, including the biggest names associated with it. Amitabh Bachchan has been vocal in his denunciation of the term. “Degenerate, trivial, trashy, flashy hocus-pocus” is how he described it on one occasion. It endlessly vexes him, why would we want to describe the Hindi film trade by an expression which is fashioned after a name that describes the cinema of North America? The word came into coinage in the 70s, and many journalists have claimed the first usage, but the fact is it found literary acceptance in 1976 when HRF Keating used it in his novel Filmi, Filmi Inspector Ghote (1976).

Considering how frequently the term is used (by the writer of this piece included) and how everyone gladly flexes the celebrated action choreographer or DOP from Hollywood they have in their crew, it is fascinating that it was the Americans who once prostrated before a Hindi movie star, during the golden age of Hollywood. David Cort was the 48-year-old foreign correspondent for LIFE magazine, who had been the editor-in-chief of The Jester and had been contributing to Vanity Fair for almost three decades. The much-publicised pictures that LIFE magazine carried of World War II were hand-picked and captioned by David Cort. So it was interesting when Cort chose to write about an Indian movie star in the August 1952 issue of Theatre Arts, an American literary magazine founded by art critic and author Sheldon Warren Cheney. 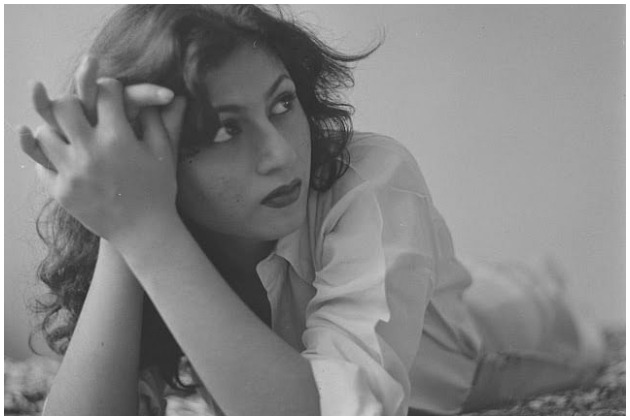 What was even more interesting was the headline of the three-and-a-half page spread: “The biggest star in the world - and she’s not in Beverly Hills”. Cort explains, “the actress with the greatest following, in numbers and devotion, is not to be found in Hollywood, but on the opposite side of the planet - in Bombay, India. Her name is Madhubala. She is 19-year-old, a small girl with arching eyebrows and a shy, sweet smile, who has risen to the top of the Indian movie industry in the last two years.” As a point of fact, Madhubala may have appeared on screen for the first time in the Bombay Talkies film Basant, about ten years before this article went into print.

All of nine-year-old, she was then known as Baby Mumtaz. And as a child star, she didn’t just act. She also lent her voice to songs. Madhubala - as Baby Mumtaz - sang at least three songs: Meri maiya main gaiya charaun and Meethe bhojan from Dhanna Bhagat (1945), and Bhagwan mere gyan ke deepak ko jala de from Pujari (1946). Within a year, she was paired as a heroine opposite a young fella called Raj Kapoor in Neel Kamal (1947). The reigning glam doll Begum Para got top billing while she was listed with the rest of the cast, as Mumtaz. Between this film and her first calling card Mahal, she became Madhubala along the way. And here again, just like the moniker Bollywood, there are claimers. Some say it was Devika Rani, the original diva extraordinaire of Hindi films, gave her the name Madhubala. Popular 70s heroine Vidya Sinha once claimed it was her grandfather Mohan Sinha who christened her thus. Sinha directed Madhubala in a slew of films during 1947: Mere Bhagwan, Khubsurat Duniya, Dil ki Rani and Chittor Vijay.

Mahal(1949) was the first film where Madhubala got wide recognition as the mysterious young woman who enchants the hero Ashok Kumar. 73 years later, Mahal is still a gripping watch, because of the gothic environment and a fine performance by the lead pair. This was followed by a number of hits in quick succession. Abdur Rashid Kardar’s Dulari (1949), K. Amarnath’s Beqasoor (1950), Amiya Chakraborty’s Badal (1951) and her first couple of pairings with the young, strapping Dilip Kumar - Tarana (1951) and Sangdil (1952) cemented her stardom. Within a matter of years she became what the trade called a “bankable star”, one who could pull people to the theatres. She hopped up the ladder pretty rapidly. 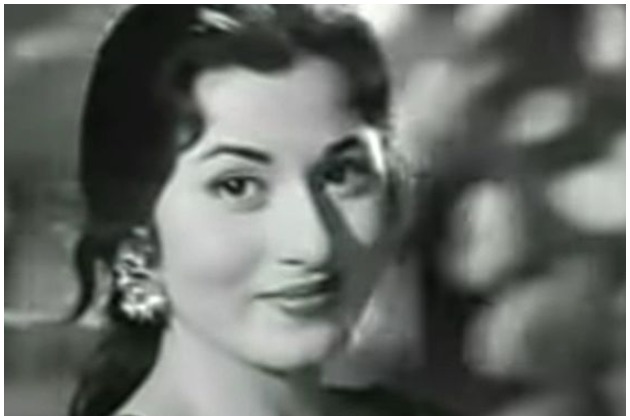 David wrote in his 1952 piece - “The story of India for the past ten years may be condensed as: the war, the movie boom, independence, and Madhubala.” While this may be a gross oversimplification, her grip over public imagination during a period when the subcontinent was going through a turmoil, says something about her star-power. In 1950, she starred with Dev Anand in one of her earliest films with him, called - wait for it - Madhubala! Over the past century, Indian actors have seen dizzying levels of stardom. But who else had a film named after them, in the prime of their careers? A piece in Film India, a magazine known not to mince their words, once wrote about her arrival on the sets of Mehboob Khan’s Amar, “With the time-conscious Madhubala reaching the studios at 9 a.m. sharp, Mehboob has to pass through the pain of going early with all his technicians. They all come yawning and wake up Dilip Kumar who sleeps in the studio these days to be in time for his heroine.”

An American magazine calling her “the biggest star in the world” was not the only instance of America trying to get a piece of Madhubala. There was another incident when Hollywood - a slice of true-blue golden era Hollywood - came calling. Remember Frank Capra? A man whose filmography is an array of one iconic film after another: Arsenic and Old Lace, Meet John Doe, Mr. Deeds Goes to Town, It Happened One Night, and of course, the quintessential Christmas movie It’s a Wonderful Life. It is said Capra was in Bombay attending an international film festival. This could have been the very first IFFI (International Film Festival of India) held in Bombay between 24 January to 1 February 1952. Film journalist B.K. Karanjia happened to pay him a visit, and Capra was quite taken in by the woman on the cover of Karanjia’s magazine. He requested a meeting, possibly to explore a role. But when Karanjia passed on the invitation to Madhubala’s father, he turned it down. His daughter wasn’t meeting that white man and that was it. 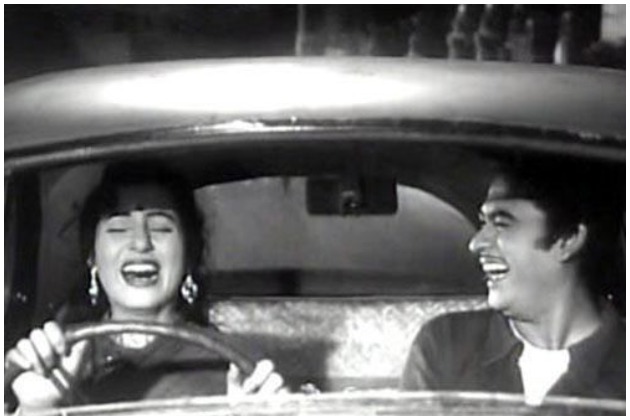 But a white man did get to her, in a way that still adorns Instagram and Pinterest. James Burke was the only journalist on LIFE magazine’s payroll who was born in the Orient. Born in Shanghai, Burke served in World War II and he became a photojournalist in 1948 when it occurred to him while profiling a Chinese warlord for LIFE, “my pictures described this warlord so much better than my words that I decided to go much deeper into photography.” By 1951, he was a staffer at LIFE’s offices at New Delhi, taking pictures for them in the Far East & India. That’s when he took a series of pictures of Madhubala and Begum Para. They remain the most candid pictures taken of her in the 50s. Madhubala was an incredibly private person and I couldn’t find any accounts of how their meeting went. One can only imagine.

There’s one more example of a foreigner’s obsession with “the biggest star of the world”. The Greek singer-composer Stelios Kazantzidis came out with a track called Mandoubala in 1959. Composed by Kazantzidis and written by legendary lyricist Eftichia Papagianopoulos. Translated to English, it said “Madhubala (Madhubala), my sweet love, I long for you to come close to me again”.

On February, 1963, Madhubala - a breathtaking woman who was born on a Valentine’s Day - died of a whole in her heart that couldn’t be mended. This ironically mirrored the state of her relationships as well. The following year, in October 1964, James Burke slipped and fell to his death trying to get a better angle for his photo-essay on the Himalayas.