Hosabale also stressed the need for an intellectual campaign aimed at giving the right perspective to the narrative of India and he said the Sangh will work towards this in the days ahead. 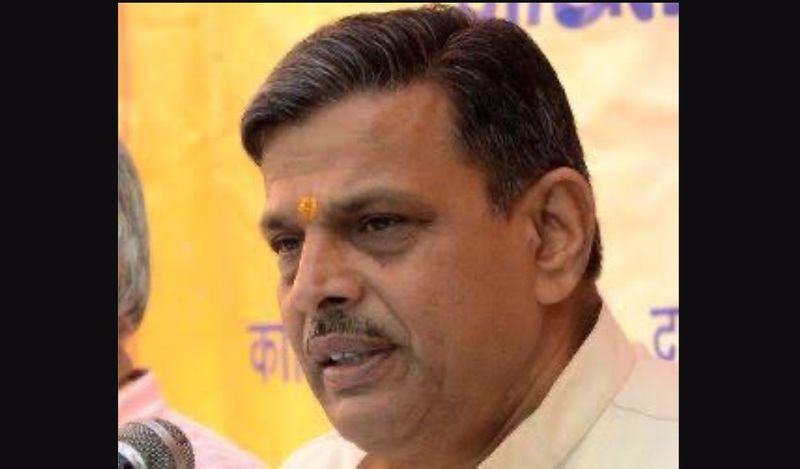 As he spoke against the use of fraudulent methods to lure girls for marriage and conversion, the newly elected RSS Sarkaryavah (general secretary) Dattatreya Hosabale said that the organisation supports all the states which are enacting laws to curb "Love Jihad".

He also stressed the need for an intellectual campaign aimed at giving the right perspective to the narrative of India and he said the Sangh will work towards this in the days ahead.

"...courts have used the word Love Jihad, not us. The use of any fraudulent methods to lure girls for wrong purposes like marriage for the sake of religious conversion or any kind of misuse or to take them to other countries has to be condemned and it has to be opposed," Hosabale said.

Some states have even come forward with laws against this and RSS supports it, he said, adding that there is no question of religion in it.

The Karnataka government too has been speaking about bringing in laws against inter-faith marriages in line with states such as Uttar Pradesh, Madhya Pradesh, among others. Hosabale was on Saturday elected as the Sarkaryavah of the RSS, during the two-day annual meeting of the Akhil Bharatiya Pratinidhi Sabha (ABPS), the Sangh's highest decision-making body that began here on Friday.

An intellectual campaign aimed at giving the right perspective to the narrative of India was required and RSS will be working towards this during the next three years.

"Bharat has a narrative of its own and its heritage cannot be wished away. This along with its civilisational experience and its wisdom have to be conveyed to the next generation for developing new India," he said.

Hindu society should not have any place for untouchability and caste-based inequality is the firm stand of the RSS and it has been working towards it consistently, Hosabale in response to a question said. There are thousands of people with inter-caste marriages in the Sangh, he said.

The reservation that has been prescribed in the constitution has to exist as long as it is required in society, and the RSS has also passed a resolution on it. "Our constitution too says that reservations are required as long as backwardness exists in the society and those communities are in need of it.RSS conforms to the same," Hosabale said.

Noting that Ram Mandir construction is the wish of the whole country and not the agenda of just RSS or any one party, he said crores of people cutting across party lines have supported the Ram temple cause.

"Not just Hindus, people of other religions also have wilfully given their cooperation." We are following what the Supreme Court has said. The entire country is part of the campaign and those who comment against the campaign are due to their own political compulsions and they may not mean that in person," he said in response to a question.

About criticism linking RSS to various issues like the comment of Uttarakhand CM on women attire, Hosabale said "...it is not that such things happen inspired by the Sangh." What the Sangh has to communicate, it communicates from its forums..there is no reason to bring RSS into all these. Whatever RSS does, it does it publicly and people know about it."

Responding to a question about criticism against the ruling BJP being controlled by RSS headquarters in Nagpur, Hosabale said there is democracy in the country and it is wrong to say that the ruling party is controlled from one place.

"..there is no such control and our fight for long has been against control by any one person or one place," he said.

The ABPS resolution passed today commends the entire country for the resilience shown during the pandemic, including the governments, its agencies, organisations, people- all who stood as one to fight against the pandemic, Hosabale said. Entire India stood united and found exemplary success."Though we are still amid the pandemic, the way the country responded in fighting corona is praiseworthy. The country showed its innate strength, its power, adaptability and its concern despite hardships," he said.

The other resolution was over Ram Mandir Nidhi Samarpan Abhiyan, Hosabale said. The campaign was planned for 44 days and every section of the society was part of the Abhiyan and such an outreach programme is unprecedented anywhere in the world.

"It was a historic campaign with no parallel...12 crore families have been contacted and 5.5 lakh towns, cities and villages were reached. It went on smoothly."

Swayamsevaks of RSS and common people were part of the campaign, he said, adding that "the campaign established that every Bharatiya is connected to Bhagwan Ram. From the richest persons to the poorest have contributed to the Ram Mandir in their own way."

The RSS plans to reach all the mandals in the next 3 years. During the next few years, it will work in the cultural and other aspects like social harmony, environment, water conservation and parivar prabodhan to inculcate family values, the Sarkaryavah said.