Sardar Patel: The Man Behind The Icon Feted by PM Modi on National Unity Day

On Sardar Vallabbhai Patel's birthday, remembering the man with 'iron nerves' who is often credited to be the 'architect of united India'. 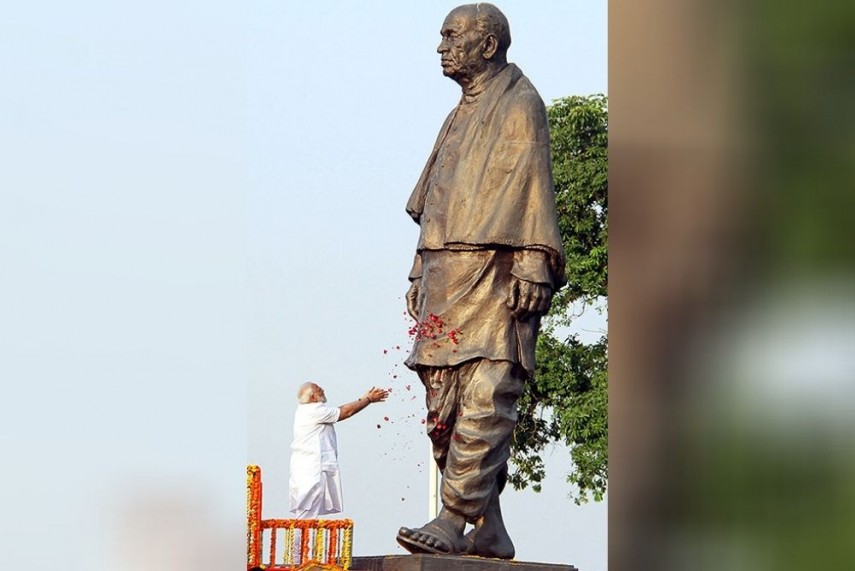 In his lifetime, Sardar Patel’s son Dahyabhai Patel got a job with an Indian industrial house.

Patel came to know of it and was enraged. He asked his son how he dared to use his name to land a job. He never again saw his son’s face till death.

“Sardar Patel was enraged that his son landed a job on the basis of pedigree rather than ability. He dissociated publicly with Dahyabhai. This was Patel, a pragmatist who was rooted in a native ethos of morality,” says academic Neerja Singh, an expert on Patel.

On Sardar Patel’s birth anniversary, which has been named National Unity Day by the Narendra Modi government, Home Minister Amit Shah paid tributes to the departed leader at Kevadia in Gujarat, where the tallest statue of the world, a 182-metre-tall replica of Patel, stands.

“Today’s National Unity Day is a day of Azadi Ka Amrit Mahotsav… After independence, while leaving, the British conspired to divide us into several pieces. Patel foiled that conspiracy and resolved to make Akhand Bharat,” Home Minister Amit Shah said at Kevadia in Gujarat, with the statue of Sardar Vallabhbhai Patel in the background, “Sardar Patel gave a message to the world that nobody can destroy the unity and integrity of India.”

Patel, indeed, has been credited with integrating more than 500 princely states with independent India, using his pragmatism and grit, powered by a commitment to India, to the hilt.

But historians say there is more to Sardar Patel than this.

“Patel was ideally suited for the task of integration of 562 princely states with independent India, because he had a unique mix of authority, firmness and courage, coupled with the wisdom to deal with people with courtesy,” historian and deputy director of Nehru Memorial Museum and Library Ravi K Mishra told Outlook. “Even before this, he had several contributions to make. He started with the Kheda Satyagraha of Mahatma Gandhi and the high point of his activity in colonial India was the Bardoli Satyagraha, where he implemented Gandhian principles of non-violence with complete firmness and forced the colonial state to bend. He was a truly Gandhian nationalist. He presided over the Karachi Congress that discussed Fundamental Rights for the first time. By the 1930s, he had emerged as the principal organizer of the Indian National Congress. In 1937, he managed the elections and the Congress won spectacular victories.”

Yet, the organizer and election manager stood out for his ethics, something that he took from his mentor Gandhi.

“In 1945-46, an industrialist was dithering in funding the election campaign of the Congress. He wanted some of his interests to be taken care of. Sardar Patel told him point-blank: take your money; Patel can never be purchased,” recalls Neerja Singh.

Amit Shah claimed in Kevadia that there were attempts to forget Sardar Patel and not give him his due. “The situation changed. He was given Bharat Ratna and the world’s tallest statue is before us to see,” he said.

That Patel was not given his due by Congress governments is a theme deployed repeatedly by the BJP to attack the party.

“Three factors are crucial to understanding the BJP’s focus on Sardar Patel. One, he could challenge Nehru’s hold over the masses. To counter Nehru, he was projected. He had an unblemished record equal to Nehru; he signified an Indian pragmatism and inclusiveness,” Neerja Singh told Outlook. “They think that Patel was soft on RSS, as he said that they are committed people who have gone in the wrong direction and should be brought into the Congress.”

She also agrees that Congress could have done much more to claim the legacy of its towering leader.

“The Devkant Barua-type culture of sycophancy – the claim that Indira is India -- did damage things,” she told Outlook. “That apart, Congress leaders like DP Mishra and Ravi Shankar Shukla, who later claimed the legacy of Patel, were conservative and at odds with Nehru’s worldview. This made Congress gradually forget Patel’s legacy. The vacuum was filled by the BJP, which rushed to claim Patel, an icon of the freedom struggle.”

This journalist also noticed year after year while driving past the Congress office in Delhi that Indira Gandhi, whose death anniversary coincides with Patel’s birth anniversary, overshadowed Patel in the number and size of placards that were put up near the AICC headquarters.

Neerja Singh sees Nehru and Patel as equals in those times. However, she says that Nehru and Maulana Azad did have a degree of “intellectual arrogance” and did not fully understand Patel’s pragmatic sense of politics. “Nehru and Patel worked together but had a degree of ambivalence towards each other,” Singh says. “Even on his death bed, Patel was writing to Nehru cautioning him that China would emerge as the principal foe of India.”

Singh recalls an interesting anecdote from a conversation between Patel and Mahadev Desai.

Yet, behind this humble earthiness lay nerves of steel.

Chandmal Sharma, a retired professor of philosophy in Jaipur, used to recall an episode that he covered as a young journalist in Jodhpur state when the state was to accede to India. Patel and VP Menon went to meet Hanwant Singh, the king of Jodhpur, who had agreed to sign the Instrument of Accession. But in a last-minute fit of rage over losing his kingdom, Hanwant Singh whipped out a gun, making VP Menon hide behind a sofa. Patel, Chandmal Sharma would recall decades back, was stable and told the king: “Give this toy to children in your palace to play and sign the Instrument of Accession.” Sharma would say that the king kept the gun away and broke into tears, but then signed the document and Jodhpur state became part of India.

Ravi K Mishra sums up: “Sardar Patel was the architect of united India.”