Satyadev Narayan Arya is the 19th governor of Tripura. 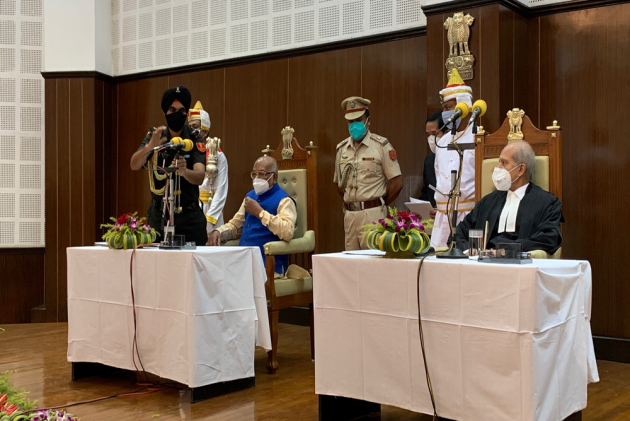 Arya is the 19th governor of Tripura.

Chief Minister Biplab Kumar Deb along with his cabinet and Speaker Rebati Mohan Das and other top officials were present during the oath ceremony.

Later the governor was given a guard of honour after the oath.

Arya replaced Ramesh Bais who has been appointed as the Governor of Jharkhand.

Satyadev Narayan Arya was serving as the Governor of Haryana since August 25, 2018.