NCP leader Nawab Malik termed the floor test in Maharashtra as 'end of the BJP's game.' 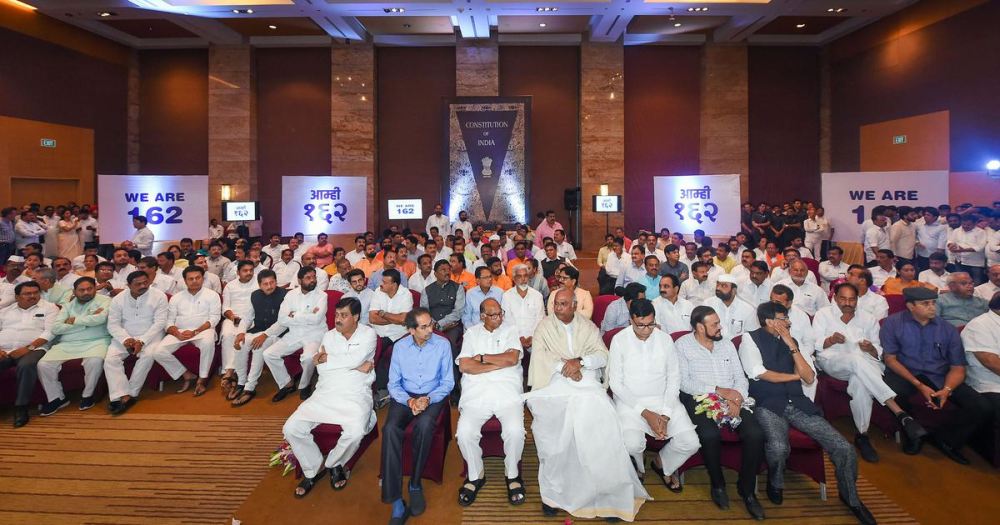 After the Supreme Court directed that a floor test for Chief Minister Devendra Fadnavis to prove his majority in the Maharashtra Assembly be conducted on Wednesday, the newly-formed Shiv Sena-NCP-Congress alliance welcomed the decision, saying 'truth shall prevail'. (Catch all live updates on Maharashtra political crisis here)

The Maharashtra Congress also welcomed the Supreme Court's order and said the Constitution is more powerful than "money and muscle power".

It claimed that the Shiv Sena-NCP-Congress combine had the support of "162 MLAs".

"We welcome the decision of Hon'ble Supreme Court. The constitution is supreme in a democracy which is more powerful than money & muscle power. #WeAre162," the Congress' Maharashtra unit tweeted.

NCP chief Sharad Pawar said it was heartening that the verdict came when the 'Constitution Day' is being celebrated, and dubbed it as a tribute to Dr B R Ambedkar, the architect of the Constitution.

"I am grateful to Hon'ble SC for upholding democratic values and constitutional principles. It's heartening that the Maharashtra Verdict came on the #ConstitutionDay, a Tribute to Bharatratna Dr. Babasaheb Ambedkar!" Pawar tweeted.

Soon after the Supreme Court direction, NCP leader Nawab Malik termed the floor test as "end of the BJP's game."

"Truth alone shall win...It is the end of the BJP's game", NCP's chief spokesperson Nawab Malik tweeted after the apex court gave its ruling.

The Supreme Court directed that the floor test for Chief Minister Devendra Fadnavis to prove his majority in the Maharashtra Assembly be conducted on Wednesday.

The apex court also directed Governor Koshyari to ensure that all elected members of the House are sworn in on Wednesday itself. The entire exercise has to be completed by 5 pm.

Voting in the Assembly shall not be on the basis of a secret ballot, it said.