The Supreme Court said it can't "micro-manage" Lord Jagannath's Rath Yatra in Puri, and will leave it to the wisdom of state, Centre and temple management to take a call. 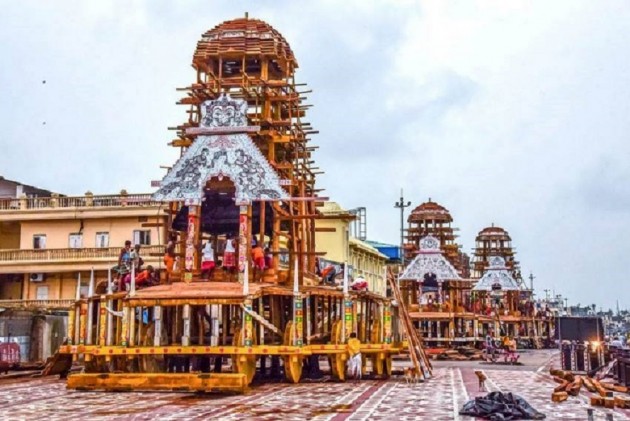 The Supreme Court Monday said it would allow Puri’s Rath Yatra, scheduled to start from June 23, saying it cannot "micro-manage" the rituals and left it to the wisdom of state, the Centre and temple management to deal with that issue.

A bench headed by Chief Justice S A Bobde was informed by the Odisha government that it will coordinate with temple management and the Centre to make things smooth during Rath Yatra.

The bench also comprising Justices Dinesh Maheswari and A S Bopanna was informed by the Centre that Rath Yatra can be conducted without compromising on citizen's health and with co-operation of state and temple trust.

The top court said it is considering the issue of conducting Rath Yatra in Puri only and not at other places in Odisha.

Chief Justice Bobde, who presided over the hearing through video conferencing from his Nagpur residence, said that order will be made public after some time.

"The tradition of centuries may not be stopped," the Centre said, while seeking modification of the apex court’s June 18 order staying the yatra.

"It is a matter of faith for crores. If Lord Jagannath will not come out tomorrow, he cannot come out for 12 years as per traditions," Solicitor General Tushar Mehta, who mentioned the matter before a bench headed by Justice Arun Mishra, said.

The Puri Rath Yatra is attended by lakhs of people from across the world and is scheduled to be held from June 23.

The top court had on June 18 said that in the interest of public health and safety of citizens, this year's Rath Yatra, cannot be allowed and that "Lord Jagannath won't forgive us if we allow" it.