Shiromani Akali Dal president Sukhbir Singh Badal also claimed that ‘kisan shakti' has the power to "wipe out" the BJP. 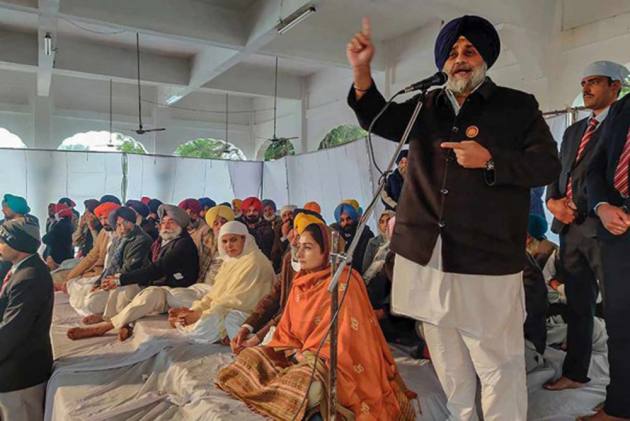 Badal’s comments come after the SC panel held its first meeting on Tuesday to look into the Centre’s recent agriculture legislations. The panel will rope in viewpoints of farmers and agriculture sector stakeholders besides central and state government, panel member Anil Ghanwat said on Tuesday.

However, SAD chief Sukhbir Singh Badal expressed discontentment and claimed the panel will not be able to break the deadlock between the two sides since the Centre has outright rejected the farmers’ main demand of repealing the legislations. He also said that 'kisan shakti' had the power to "wipe out" the BJP.

Come Talk To Us If You Want Change; Repeal Not Good For Future Reforms: SC-Appointed Panel To Farmers

The SAD would utilise the forthcoming parliamentary session to hold meetings with like-minded parties to work towards “restoration of the federal structure” in the country, Badal said.

He also asked the BJP government not to use the National Investigation Agency (NIA) against farmer leaders, saying the NIA was used to counter terrorism and should not be “misused”.

Badal further said the Congress legislators and officers who were “discriminating” against the Opposition and even having “false” cases registered against them would have to face the music once the SAD comes to power in 2022.

“We will form a judicial commission once we assume power and ask it to submit a report on all false cases registered by officers within three months. Prompt action will be taken against such officers”, he added.