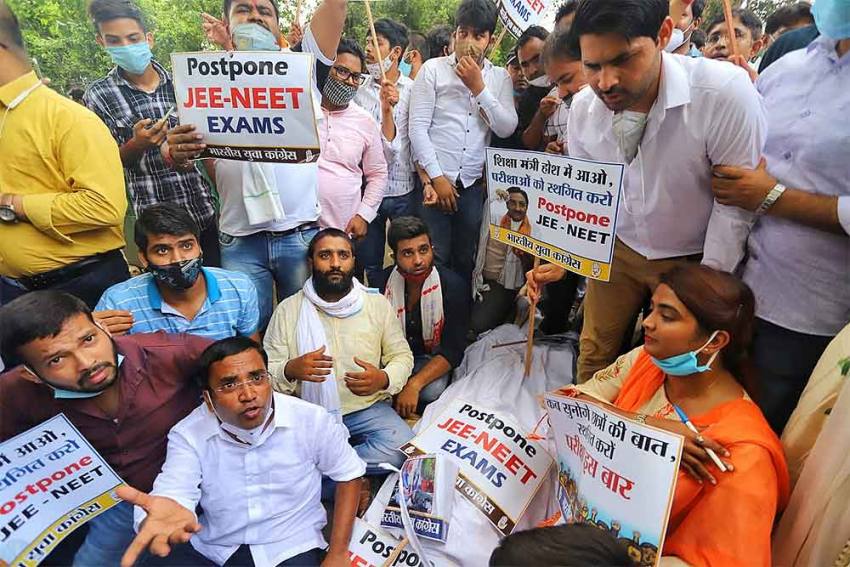 A bench headed by Justice Ashok Bhushan said that authorities will take all necessary steps for conducting the NEET-undergraduate exam amid the COVID-19 pandemic for admission in medical courses.

“Sorry, we are not inclined to entertain,” the bench said.

The apex court had on September 4 dismissed petitions, including the one filed by ministers of six opposition-ruled states, seeking review of its August 17 order which had paved the way for holding NEET and JEE exams.

The bench, also comprising Justices R S Reddy and M R Shah, said that all arrangements have been made by the authorities to hold the exam.

“Now everything is closed, even review is dismissed,” the bench said, adding that only NEET exam is left now and JEE is over.

Senior advocate Arvind Datar, appearing for one of the petitioners, referred to the situation in Bihar and said, “Only two centres are made at Patna and Gaya. It should be postponed by few weeks.”

Senior advocate K T S Tulsi, who was appearing for one of the petitioners, said that people residing in containment zones are not allowed to come out of their house.

“How can they give exams,” Tulsi said.

Advocate Shoeb Alam, who appeared for another petitioner, said that his plea is against the advisory of National Testing Agency which conducts the exam.

He said a new standard operating procedure was issued on September 2 which says that if any student shows some sign of cold or anything else, then he or she can be allowed to give exam by alternate means.

“This in our view is related to university exams. Authorities will take all necessary steps for conduct of NEET exam,” the bench said.

Alam said that number of lockdown is still operating and in Noida, there is lockdown on weekends.

“Weekend lockdown has been reversed now,” the bench observed.

When Alam said that admit cards should be allowed to be used as curfew pass so that students can go to exam centres, the bench said, “We cannot issue general direction.”

On September 4, the apex court had dismissed the pleas seeking review of its order which had paved the way for holding NEET and JEE exams.

The top court had on August 17 dismissed a plea which had sought postponement of JEE (Main) April 2020 and NEET-Undergraduate examinations amid spurt in number of COVID-19 cases.

While refusing to interfere with the conduct of medical and engineering entrance exams, the top court had said in August that though there is pandemic situation, “ultimately life has to go and the career of the students cannot be put on peril for long and full academic year cannot be wasted”.

One of the pleas seeking review of the August 17 order was filed by the ministers of six states -- ruled by parties like Congress, TMC, JMM, NCP and Shiv Sena.

Solicitor General Tushar Mehta had in August assured the top court that all safeguards would be taken while conducting the examinations.