The woman, allegedly raped by BJP MLA Kuldeep Singh Sengar in 2017 when she was a minor, is battling for life after a truck rammed into the car she was travelling in with some family members and her lawyer. Two of her aunts died in the accident. 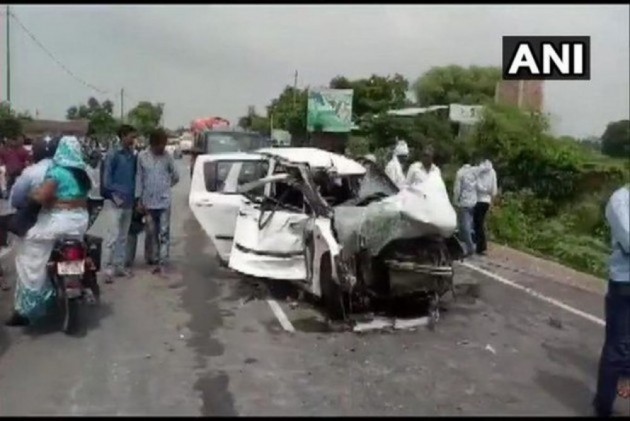 The Supreme Court on Tuesday refused to direct the Uttar Pradesh government to file a report regarding the status of 20 cases registered against the Unnao rape survivor and her family members.

A bench comprising Justices Deepak Gupta and B R Gavai said that they don't want to widen the scope and interfere in other cases lodged against them in the state.

The apex court was told by an advocate appearing in the case, that proceedings in the four cases, which were transferred to Delhi, are going on in a day-to-day basis before a special court in New Delhi.

The bench said it would hear the Unnao case again on August 19.

The apex court had transferred four criminal cases from Uttar Pradesh to Delhi -- the 2017 rape case; a fake matter under the Arms Act against the father of the rape survivor; his death in police custody, and the gang rape of the woman -- and directed to hold trial on a daily basis completing it within 45-days.

The daily trial of the case is ongoing in the court of District Judge Dharmesh Sharma at the Tis Hazari district court in the capital.

The woman, allegedly raped by BJP MLA Kuldeep Singh Sengar in 2017 when she was a minor, is battling for life after a truck rammed into the car she was travelling in with some family members and her lawyer. Two of her aunts died in the accident.

Along with charges of rape, the district court has also framed Sengar and others for allegedly framing the survivor's father in an Arms Act case, assaulting him and murdering him in judicial custody.

The rape survivor is being treated at the All India Institute of Medical Sciences after the top court's order to airlift her to Delhi for better medical care.

The court had also shifted Mahesh Singh, uncle of the rape survivor to the Tihar jail in Delhi from a jail in Uttar Pradesh to ensure his safety.

Singh has been convicted in a 19-year-old case, and sentenced to 10-year jail term on a case filed by Sengar’s brother, Atul Singh.

Sengar, a four-time legislator who represents Bangermau in the Uttar Pradesh Assembly, is the main accused in the rape case and is lodged in jail since April, 2018.