The BJP had raised the issue earlier in April, citing the British company's document to allege that Rahul Gandhi is a British national. 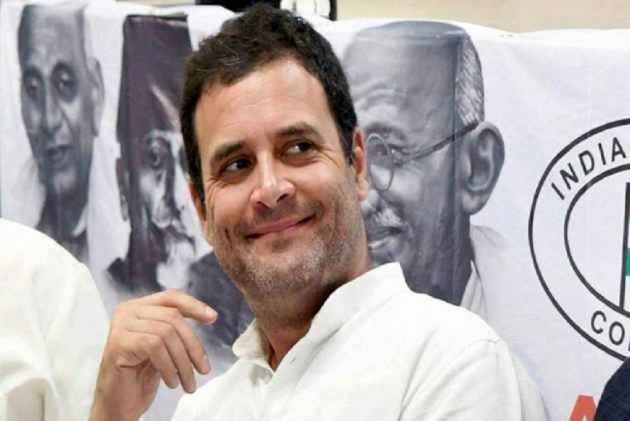 Supreme Court on Thursday dismissed the plea seeking to debar Congress chief Rahul Gandhi from contesting Lok Sabha polls till the issue of his citizenship is decided.

A bench headed by Chief Justice Ranjan Gogoi rejected the contention of the petitioners, who said that in a form along with the annual data of a UK-based company in 2005-06, it was allegedly mentioned that Rahul Gandhi is a British citizen.

"If some company in some form mentions his nationality as British, does he become a British citizen," the bench also comprising Justices Deepak Gupta and Sanjiv Khanna told the petitioners.

The petition was moved by two activists seeking direction for the Ministry of Home Affairs to decide on the matter and it also sought the disqualification of Gandhi from contesting the Lok Sabha polls. They also asked for his name to be removed from electoral rolls.

The Ministry of Home Affairs (MHA) had issued a notice to Gandhi on April 29 to clarify his nationality within a fortnight after Bharatiya Janata Party (BJP) MP Subramanian Swamy alleged that he is a British national.

The BJP had raised the issue earlier in April, citing the British company's document to allege that Gandhi is a British national. BJP MP Swamy cited the same British company document.